The head of Loch Gilp: Lochgilphead, a small town is where the story begins. Seeped in Celtic history from cairns to castles, my Mackay ancestors (5 generation back) then sailed 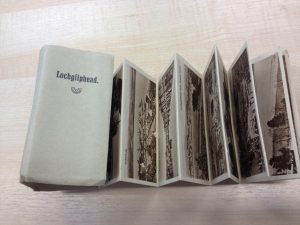 on to remote tropical rainforests of Queensland mid 1890s, after the death of great, great grandfather Chief Constable of Argyllshire Colin Mackay. In this personal family history blog, I explain why and how we have honoured our Scottish forbears…

In 1889, Colin Mackay came to ill fate by heart failure in the actual County building, where the family resided (wife and several children, mentioned later) The building remains on Lochnell Street as pictured below on my 2012 trip. I also visited the Manse Brea Council research centre to uncover original Constabulary records in precious old books, where minutes by Colin himself were written. The library also provided me with the viewing of microfiche newspaper articles.

“I go back to the time of Captain Colin Mackay, who succeeded his namesake as Chief Constable of Argyll. In him we had a dignified Highland gentleman and most capable official, who made his christianity an integral part of his application of the law. Following his lamented death his widow and family went to relations in Australia. Their eldest daughter Susan, visited the old home town a few years ago and found the changes quite beyond her reckoning” – Annals of Lochgilphead & Mid Argyll By Archibald Carswell c1930’s 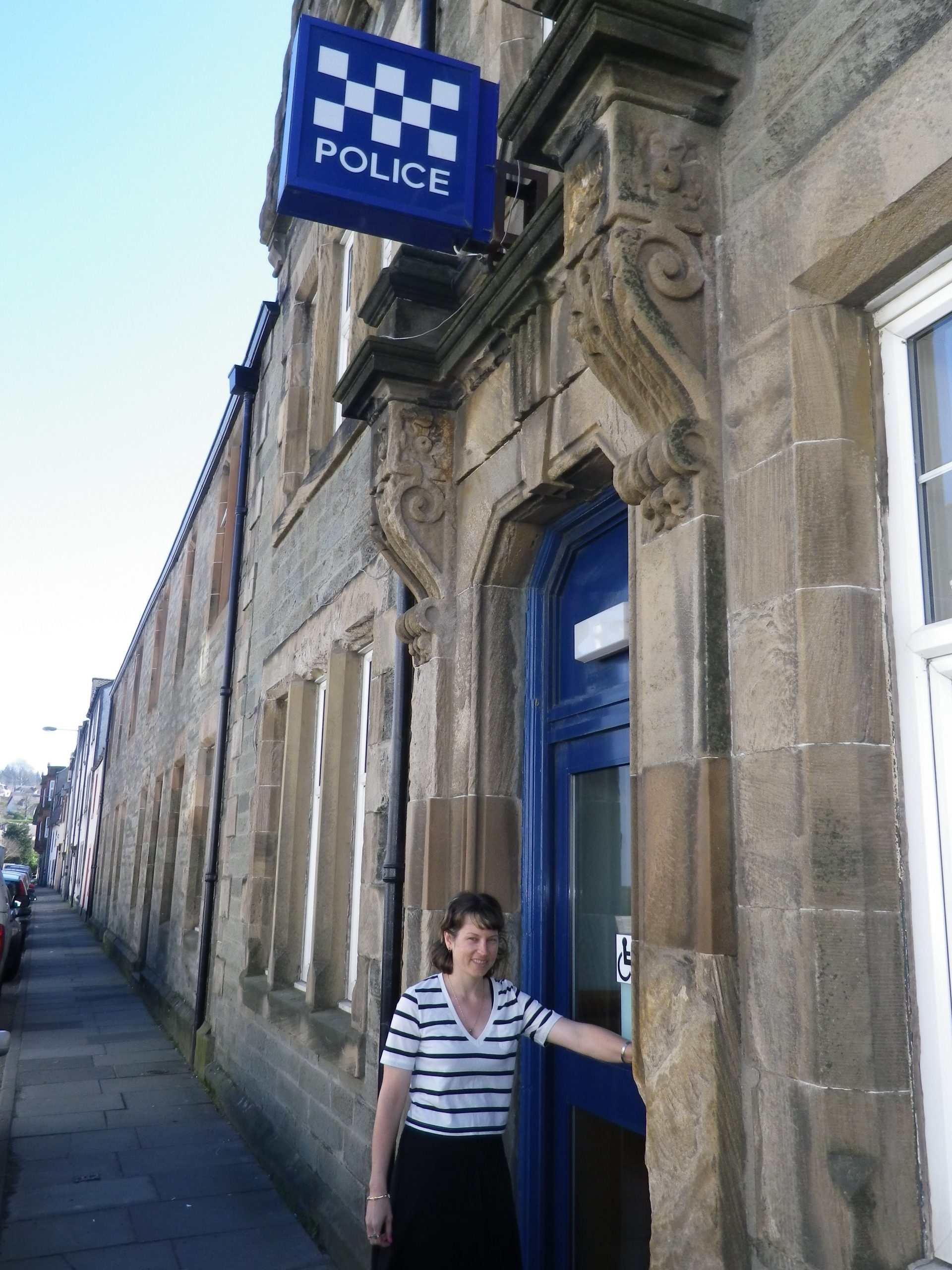 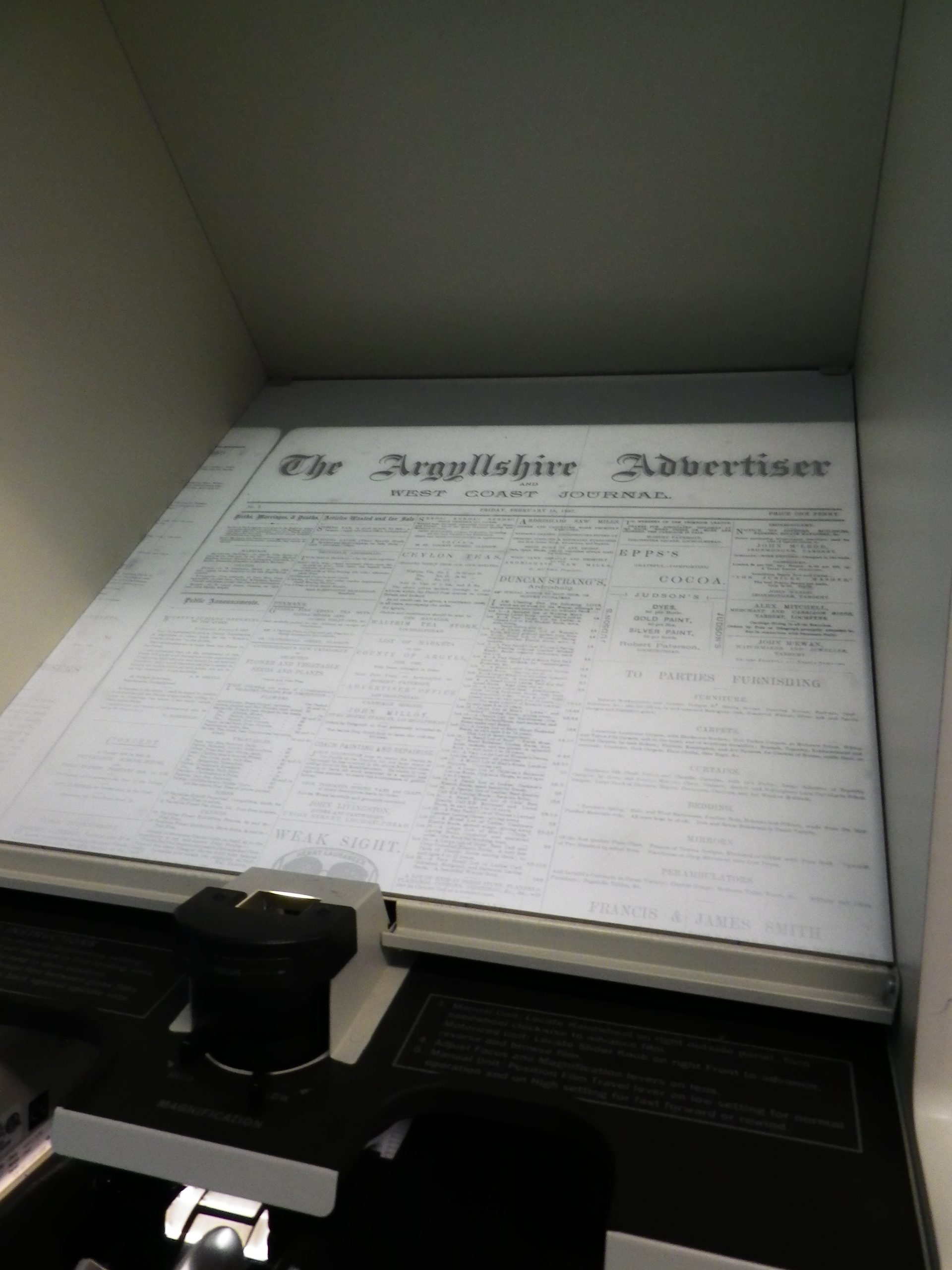 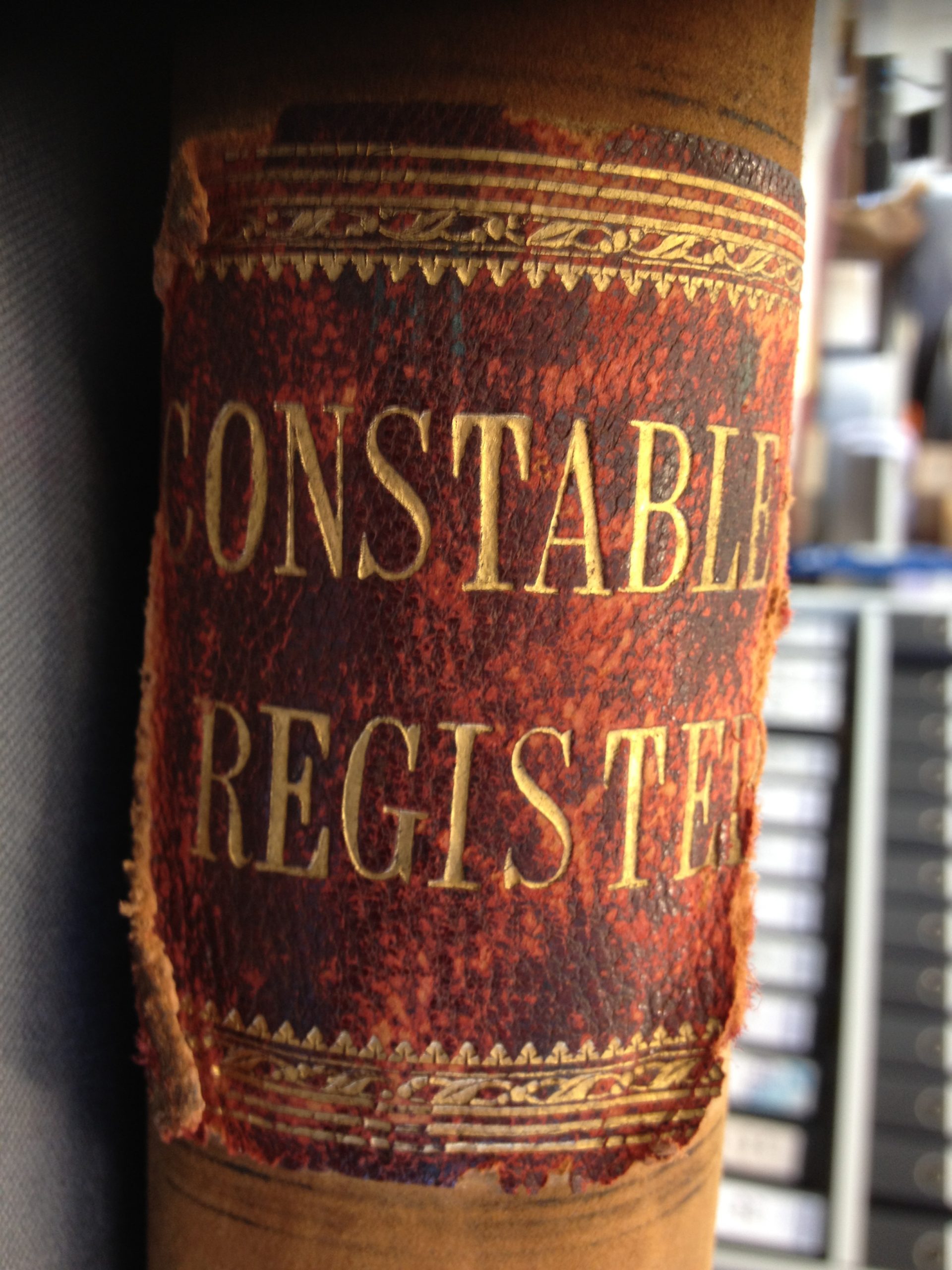 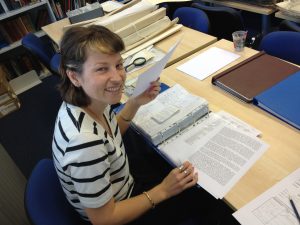 Unlocking the past isn’t easy, but its an rewarding and satisfying experience. Fortunately, I have been lucky to have other family members on board, here in Australia and successful finds on google, Facebook groups, Scotlands People, Ancestry, National Archives of Scotland, Find A Grave and my local Genealogy Sunshine Coast. Of course I want to find out more, but have been lucky with whats been uncovered so far.

Trouble in Tiree from “Whiskey, Wars, Riots and Murder, crime in the 19th Century highlands and islands” by Malcolm Archibald. Colin was sent on an expedition to remove authorities from the isle of Tiree, but when the 200 odd crofters thought otherwise (possibly highland clearance resurgence) trouble broke loose. And the police then retreated to the local inn. The Duke of Argyll deployed the Royal Marines to intervene.

Booklet written by Colin, published on 15th March 1866, “Instructions to Argyllshire Constabulary regarding the Cattle Plague” explains the procedures and preventions on the Cattle Plague. Copy ordered from Scottish Archives.

Colin was a founding member of the Freemasons THE LODGE LOCH FYNE, Lochgilphead. (help from Facebook contact that sourced the information directly and sent imagery)

During my brother, Colin’s visit (below) in 2011, the groundskeeper showed him the original cemetery records, showing a further four unmarked graves next his plot – some his children, others unnamed Mackay’s.

Grave photo located of Colin’s parents (Angus Mackay and Mary Mcleod) and his siblings in Melvich, Kirkton. Just by searching on google names and cemeteries where Colin was born. 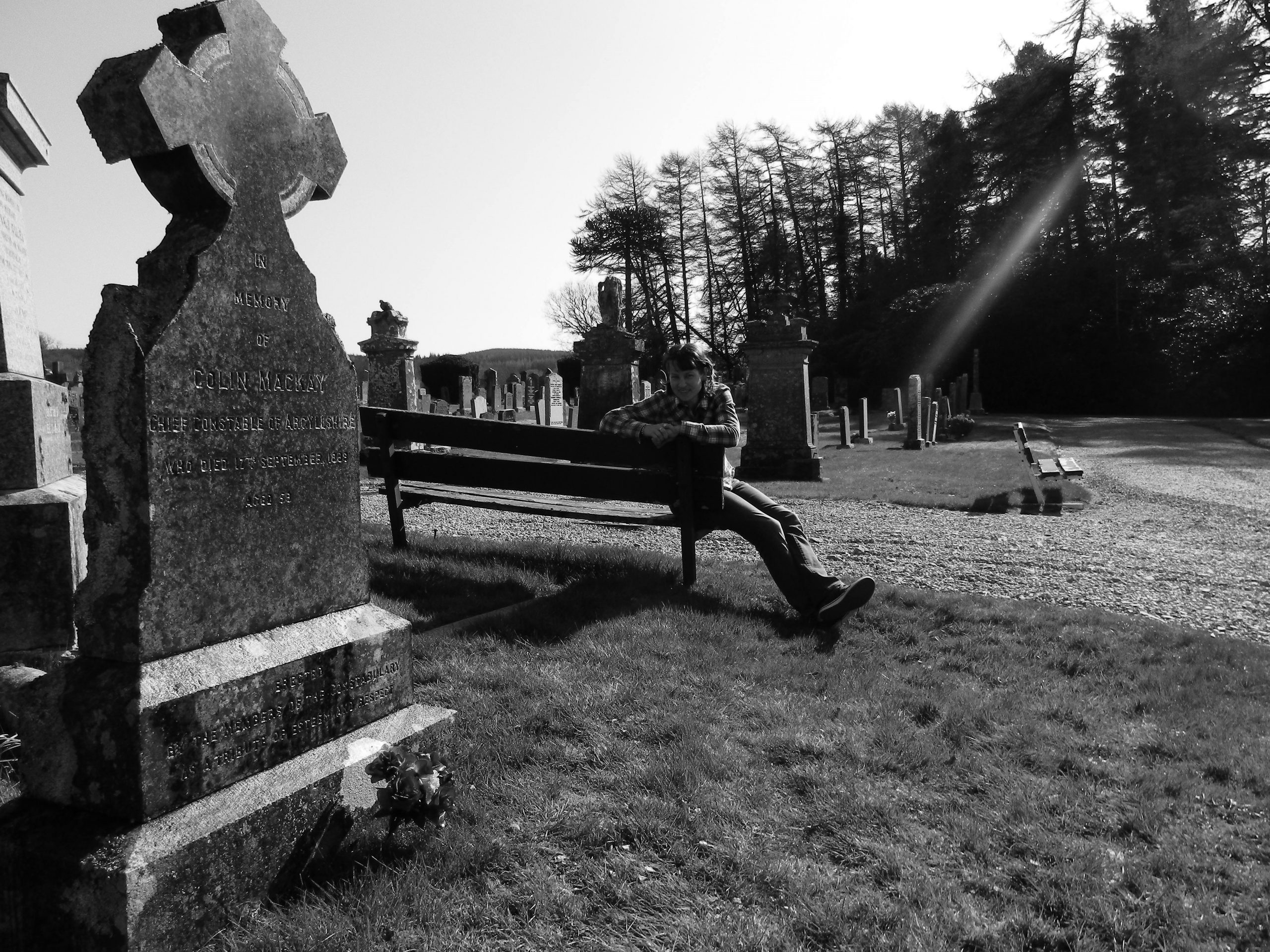 Myself taking in the surroundings of the area and atmosphere in 2012. “With limited time I was able to do some research, soak up the March sun and enjoy fish and chips on Loch Gilp – alwhile feeling at home” 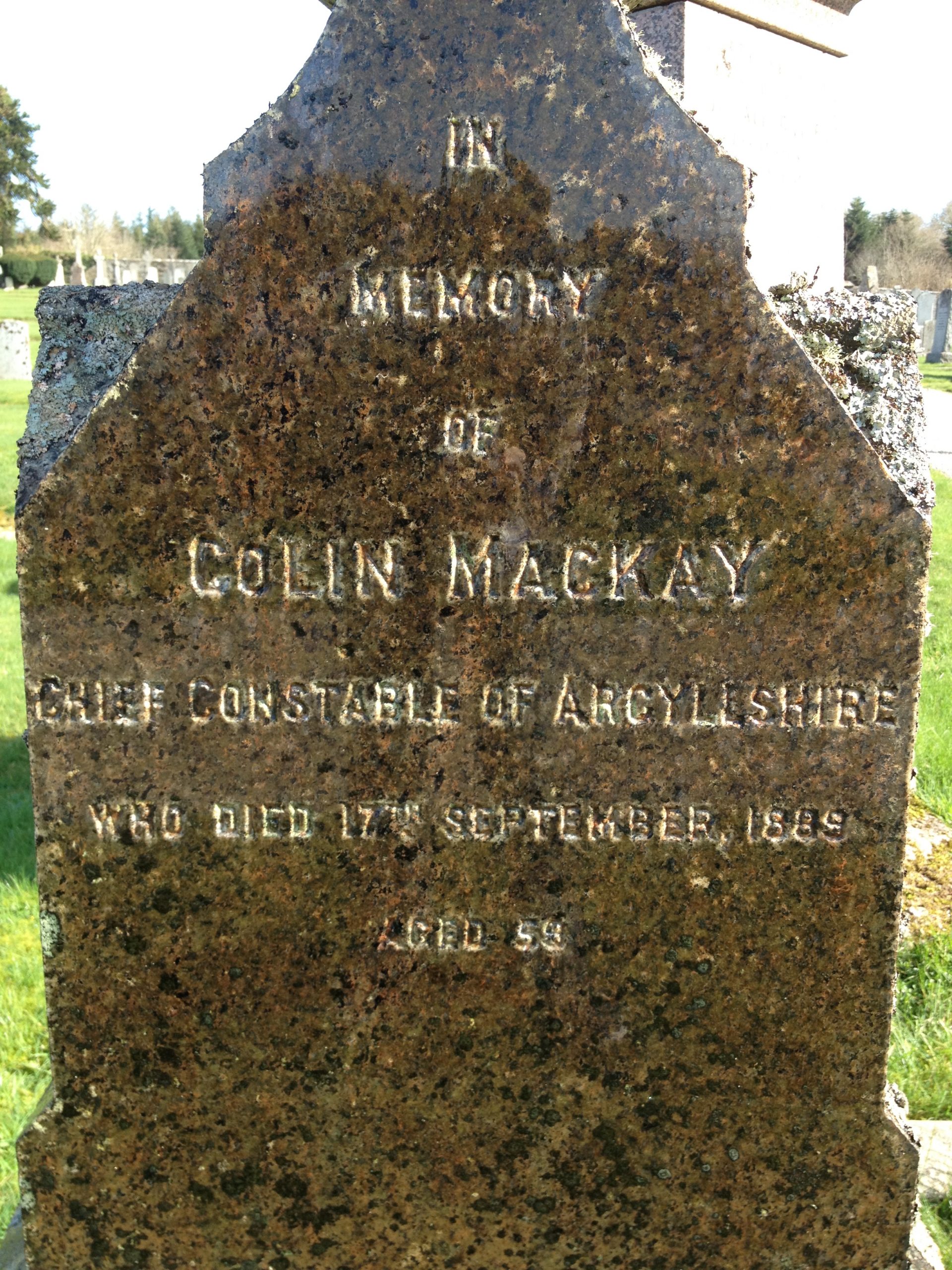 2012, After clean up of 100 years of moss revealed a polished headstone, erected by the constabulary for esteem and respect in 1889. 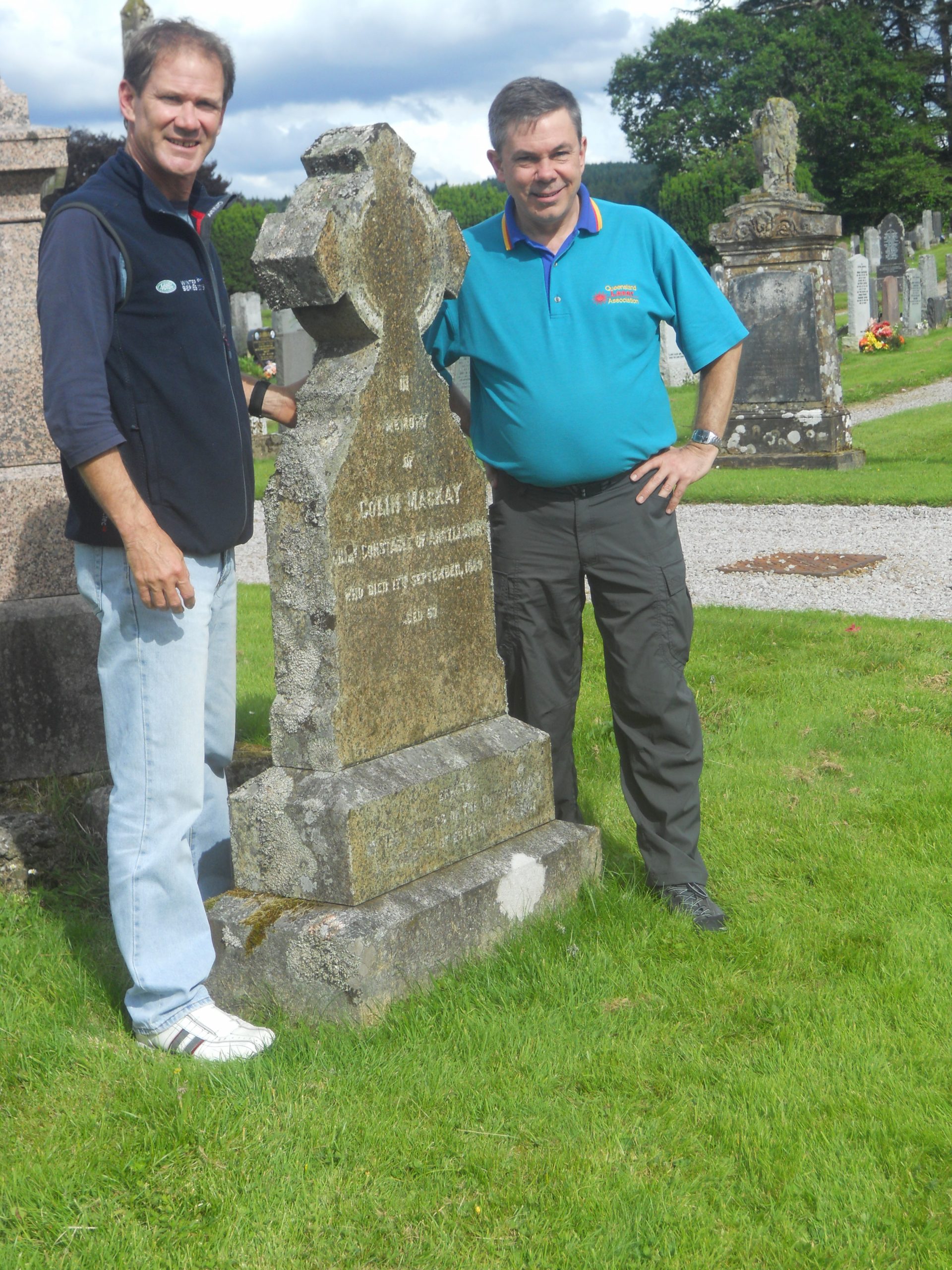 Great Great grandchildren, Keith and John Campbell, 2017. “My Scottish heritage is very special to me and such a privilege – I want to keep learning more family history to broaden my understanding and appreciation of my connection with the rich, celtic culture that has significantly influenced all parts of our world’. Keith

Other family members as mentioned, have made the venture back to the “homeland” appreciating what the ancestors sacrificed to make a new home in Australia. Susan, Colin’s wife eventually came to Australia following her living children (Susan, Louise, Colin and John) to the new land. A long way from Scotland but close in heart. The contributions they all made in the community for different reasons, shows strength, resilience and hard work. A classic example of the character it took to migrate to another country and build a new life. The pioneering descendants in south east Australia are recognised by…

A song fitting for Scottish Diaspora is Always Argyll

“When they ask where I come from, Australia I’ll say
But the truth will be always Argyll”.

One version can be viewed here https://www.youtube.com/watch?v=KxDtwh-Ylzg

I’ve seen the red sunset glow gold on Loch Fyne
Have I seen these strange wonders for the very last time
The bright lights of Tarbert are beckoning bright
In the shivering coldness of a dark winter’s night.
The Kyles in their glory are spread out below
The high hills of Aran are white-capped with snow
I’ll soon have to think of Australia as home
But the truth will be always Argyll.

Cho: Always Argyll, always Argyll
Long will the memory linger
I’ll soon have to think of Australia as home
But the truth will be always Argyll

High above Tignabruch I look out to sea
It will soon be no more than a memory to me
So I’ll shed these few tears as my heart will allow
And maybe in time, I’ll be happy somehow.
The thoughts of my childhood spin round in my mind
As I think of the beauty I’m leaving behind
When they ask where I come from, Australia I’ll say
But the truth will be always Argyll.

I would like to point out this is only one side of the family (my fathers, paternal side) My fathers maternal path leads to other pioneers of our district Stumpf from Germany, Kuskopf from Denmark, Dalzells from Lanarkshire, Scotland and my mothers English side. So a mixed bag of heritage, we are certainly proud of and certainly proud to represent them 100 years on. As we now stamp our mark on the world and press on with their courage.

I hope this story inspires others to dig a little deeper with their own research, explore a new place or spark some interest with those new to family trees. Communicate, connect and help each other out, even if your world’s apart.

Jenny Catalano is a children’s writer and illustrator. She lives in Eastern Australia where she is inspired by the natural environment and drawn to ancient worlds through her family history.