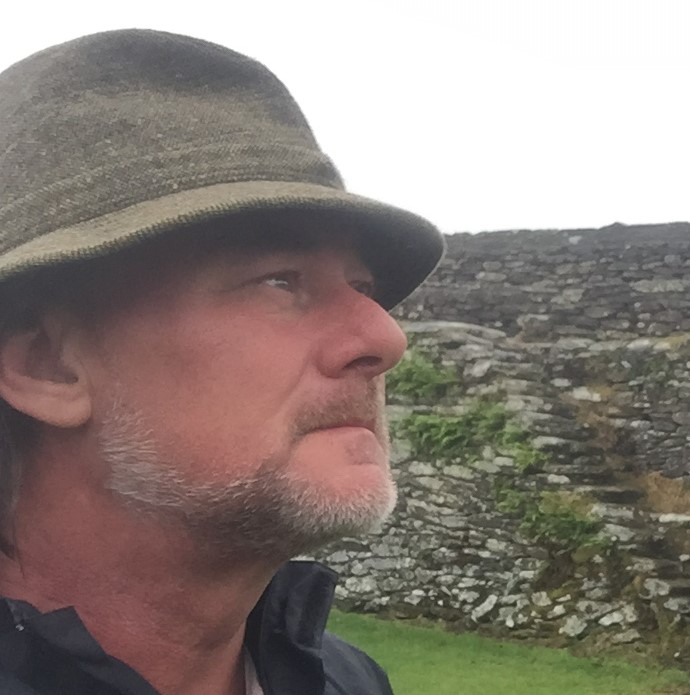 Paul Mooney (58) whose Celtic name is An Maonaigh is a native of Ireland; whose DNA arises from the Dal Cassian clan of Clare who proudly names Lorcan, Brian Boru and John F. Kennedy amongst its most famous sons.

Born in Dublin in 1963, An Maonaigh has come to deeply understand the nature of his indigenous Celtic past in the light of his studies under the posthumous teachings of Quantum Physicist David Bohm. Over the last thirteen years, he has undertaken field research with over 10,000 leaders in twenty countries, mainly in Africa.

Having come back to Ireland in 2019 to ground his work through his deep Celtic roots, An Maonaigh used the lockdown to create an international tribe of people from dozens of countries who wanted to test if they could experience distant intimacy, while the world was busy with social distancing.

Having run over one hundred online dialogues and held space for several three day Dialogue processes during lockdown, the group became certain that the power of Bohm’s work has a modern relevance to our ancient past, our cohesive present and our quantum future.

From these experiments, the group conceived of itself as a renaissance of Celtic potential in the areas of leadership development, technology, healing, collective living and working, training and certification and finally in the use of the spirit of Brehon Law as a foundational crypto currency. The CeltiCrescent projects are branded as Cohesion Global, Q-PID, Ovation, The Guild of Ancient Dialogue, WEGO Village and Airgead.

Together, these activities are gathered under the brand CeltiCrescent, as an honouring of the ancient westward migration of the early Gael, Celts and Scythians over 8,000 years ago. CeltiCrescent now represents an Eastward digital migration, returning home with the treasures of culture, technology, learning and dialogic community as an advanced sharing civilisation.

Using technology to connect, this Celtic diaspora has the potential to number ±150m Celts who are alive on planet Earth at this time.

The group is now establishing a residential indigenous innovation and technology hub in Ireland and will soon share its Community Dialogue work with peoples from Ireland, Northern Ireland and Scotland, in a jointly funded programme of the restoration of a long lasting heart felt peace on the island of Ireland, to be shared with all tribes and nations that desire to win back their cultural sovereignty.

The Irish government is preparing to move over 500,000 people from cities to small towns and villages over the next ten years and CeltiCrescent hopes to be at the Heart of the Dialogue, making Ireland the Dialogue capital of the world.