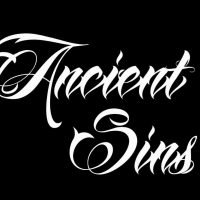 This week’s show was amazing. We heard so many wonderful songs as long as getting to know Ancient Sins. Wes is a wonderful musician who is also serving his country. He will be moving to CA soon and is looking to put a band together. Check out the show and get to know Wes with Ancient Sins and listen to the rest of the amazing music as well. I have listed the order of songs and musicians and bands that play those songs below. You can check us out every Tuesday night at 9pm Eastern time at www.youtube.com/c/celticrain for the best and most eclectic 2 hours of music out there. You you on Tuesday.

• How Great Thou Art: Sung By David W. East

• Cause of my Distress: By Ancient Sins

• I, Mudd: By FIVE YEAR MISSION

• I Love You. I Know: By Live Music – Bradford Ray Bailey