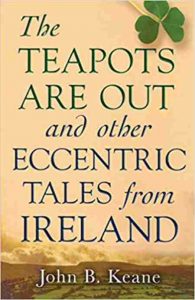 The Teapots Are Out and Other Eccentric Tales from Ireland by John B. Keane
John B. Keane, Ireland’s rogue storyteller, shares the foibles and fallibilities of Irish country folk in this collection of short stories. How and why in “Fred Rimble” did Jim Conlon kill the best friend he ever had? How Willie Ramley determined that his future wife will be “Guaranteed Pure.” How, to tragic as well as comic effect, did a gasp, garlic, and gossip undo Denny Bruder in “The Hanging.” In all, Keane uncovers the folly in the romantic pangs, exalted aspirations, misguided mischief, and everyday shortcomings of the characters in the village of his storyteller’s mind.
$10.99 in Paperback 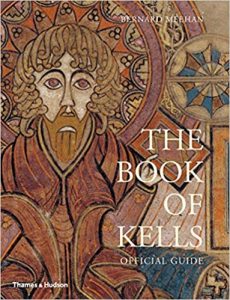 The Book of Kells: An Illustrated Introduction to the Manuscript in Trinity College Dublin
The Book of Kells is a beautifully decorated manuscript of the four Gospels. This official guide by the former Keeper of Manuscripts at the Library of Trinity College, Dublin, where the Book of Kells is on permanent display, provides fascinating insights into one of the greatest surviving examples of medieval art. The illustrations in this guide include striking reproductions of complete pages, and details that reveal the astounding intricacy and richness of the decoration. The Book of Kells is explored through its historical background; its structure; its decorative elements, including its use of symbols and themes; the scribes and artists who worked on the manuscript; and the tools and pigments used in its creation. 98 illustrations. 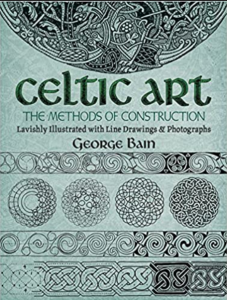 Celtic Art: The Methods of Construction by George Bain
The construction principles of Celtic art were re-discovered in the middle of the 20th century by George Bain. Until his writing, the intricate knots used in The Book of Kells seemed almost impossible. George Bain shows how simple principles were used to create some of the finest artistic works ever seen. He also explains how you can use these principles in creating your own Celtic designs using step-by-step procedures.
Later chapters cover complex knot work, spiral work, and key patterns, with special coverage of alphabets and the stylized use of animals, humans, and plants. Over 225 different patterns are presented for your use with hundreds of modification suggestions, a great number of letters including six complete alphabets and 25 decorative initials, and a number of animal and human figures used in the original Celtic works.
$15.99 Paperback