I came across Regina of The Darkeyed Musician on the wonderful world of the internet and I immediately could see that is someone with whom I have a lot in common and would most certainly get along! We had a lot to talk about in The Tavern Livestream this past Friday, and now here is a little more on her and her work! Those who are fans of Celtic Fantasy themes, Lord of the Rings, Elves, Faeries, and magical worlds will enjoy this. 🙂

TA: First, for those unfamiliar with your work, tell a little about yourself.
DM: I am an independent singer-songwriter creating Celtic Fantasy Folk music. My music is deeply inspired by Celtic style and culture, and peppered with my love of world history, mythology and fantasy.

I began this musical journey in 2016 not really knowing where it would lead. My first song I wrote was a fan song for a fantasy book series.  I decided to upload it to YouTube on a whim. I was very encouraged by the warm reception it received by fellow fans!  It was the first time I thought: maybe I could do this.  Maybe I could be a recording artist.  Suddenly what had been a pie-in-the-sky dream was a real possibility.

TA: Who were some of your first musical influences?

TDM: Riverdance was a very early inspiration for me. The music, the storytelling, the dancing and theatrical production. All of it was so captivating and magical!  It definitely solidified my love for Celtic music and culture.

Growing up I listened to a lot of Enya, Loreena McKennitt and Celtic Woman. I always loved how they incorporated world instruments, modern production and orchestra in their music.

Also soundtracks have been a constant companion. I love film soundtracks! “Gladiator,” “The Lord of the Rings,” “Braveheart,” “Titanic” – all the classics!

TA: You use a lot of fantasy themes in your songs and imagery. What books, films, television shows, games, etc have an influence on your work?

TDM: My first few songs I published were fan songs for Brandon Sanderson’s fantasy novels. His series “The Stormlight Archives” is my particular favorite. My version of “Song of Secrets” is still my most viewed video on YouTube!

Definitely The Lord of the Rings, Narnia and The Wheel of Time have all inspired my music. I’m also a huge Studio Ghibli fan!

TA: You just released a new album. What about it would you like to tell potential listeners?

TDM: My debut album “Illumina” features 10 original tracks that explore different settings related to mythology and folklore. It’s sort of a journey into the Old World. I think the opening track “Myth & Lore” really sets the stage for what’s to come. It invites listeners into a magical realm where they can see mythology and history alive all around them. The adventure continues with songs that embrace many topics from wolves and angels to heroes, dryads and faeries.

I allowed myself a lot of space to explore what felt right for this album. There were many song ideas that did not bloom in time to be featured. And there are several songs that appear on this album that I never planned to write!  It was definitely a growing experience from a creative perspective.

This album is the first large project I have ever taken on, so I was very fortunate to get to work with Timo from Grimwater Music. He helped create orchestral arrangements and was in charge of the final production of the album. 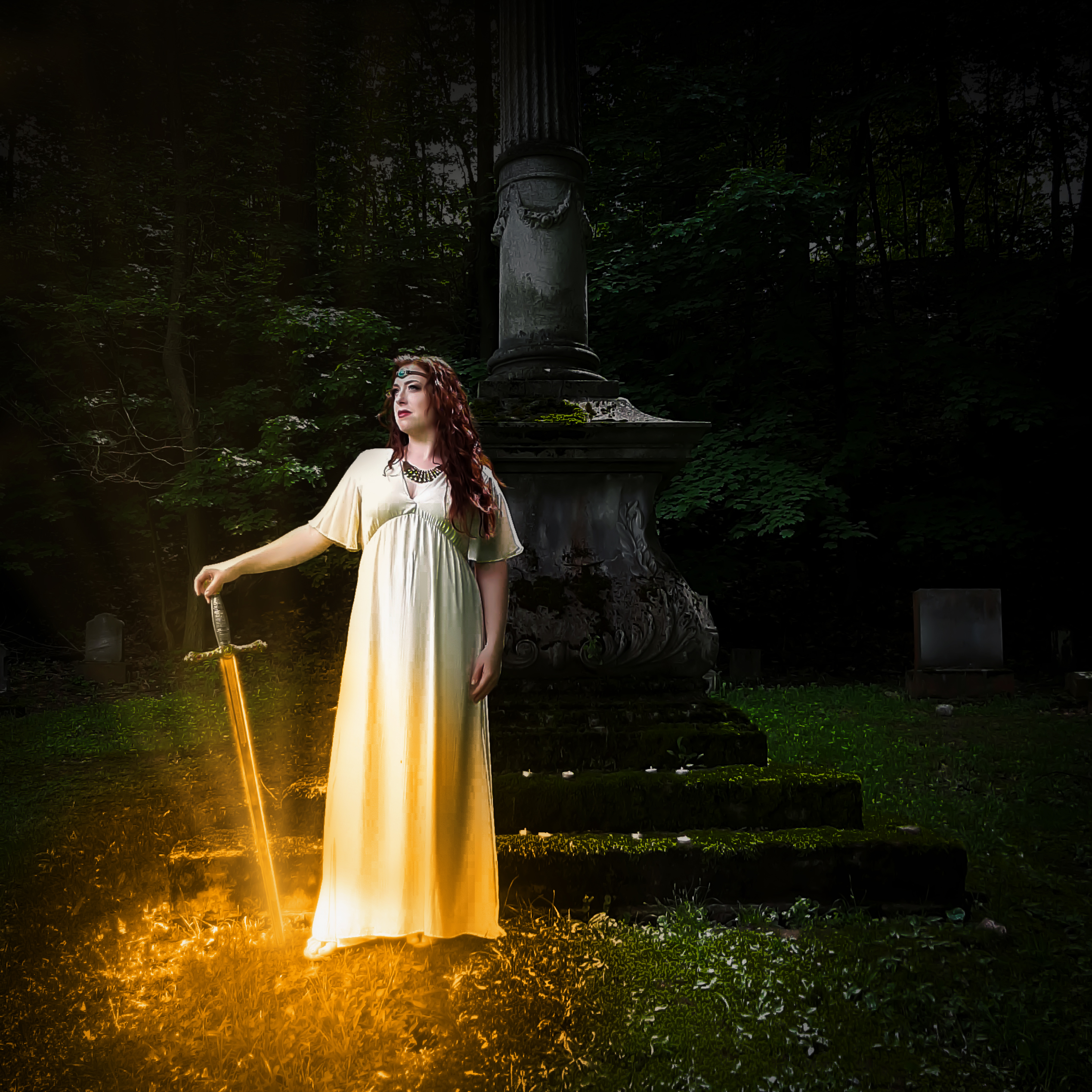 TA: Do you have a favorite track on the album?

TDM: Oh that’s a tough question! If I had to choose, I think I would say “Lignum Vitae,” the final track on the album. The song is really a prayer for me. The inspiration for it came rather unexpectedly and I spent a very late night writing the lyrics and humming possible melodies!

I’m big into atmosphere when it comes to music, and I just love the lilting, swaying feel this song has. The melody is gentle and the echoing calls on the ocarina give it such an ethereal feel. I am just really proud of how it came out.

TA: What other projects and endeavors do you have coming up?

TDM: There’s always something on the horizon!  Physical albums of “Illumina” will be available on my website this summer along with some additional merchandise. Also, I’m planning on creating a music video for “The Faerie Ring” with dancing and of course – faerie wings! I have a few collabs coming up with great artists I’ve met on my journey. I’m very excited about those! And I’ll be moving this summer and creating a fresh studio space for future livestreams and more recordings.

TA: Where on the internet can we find you?

TDM: My music is available on all streaming sites, including Spotify, Apple Music, iTunes and Amazon. You can find me on Facebook and Instagram. I love chatting with my followers and getting to know you all. I hope you come and say hi!

Visit The Darkeyed Musician at her website and social media pages:

Stay tuned for a review on Illumina!

Thanks for watching! Go on a musical adventure with me through time where for three days I’ll send you a new song or story, and a personal email from me!

SUPPORT THE MUSIC AND STORIES AND BUY ME A COFFEE!
http://ko-fi.com/tiffanyapanmusic