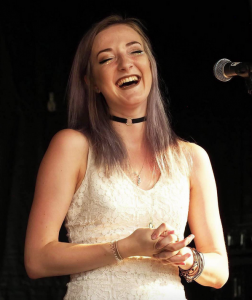 There’s a bright star rising on the Celtic folk scene and her name is Iona Fyfe. Skilled in traditional folk singing styles and with a wealth of ballads and songs to share, Iona is making her mark upon the world amid acclaim from locals and the many mainstream publications that have taken notice. The Celtic Arts Center in North Hollywood is thrilled to be able to present the Iona Fyfe Trio in concert at its Mayflower Club venue on the evening of Friday, Sept. 9, 2022.

For those whose imagination has been captured by the Celtic corner of the folk universe, Iona Fyfe presents a special treat. She and her bandmates build on the Celtic form with its distinctive harmonic structure. Musicians will recognize the dominant and sub-dominant intervals, with drone-style parts that anchor the changes in the song. The band in its various forms applies pop sensibilities, chords arising from other intervals in the diatonic scale. These lend accessiblilty both to traditional and Iona’s original compositions—of which there are many. Iona’s 2019 release Dark Turn of Mind is throughout an exploration of Anglo-American crossover ballads, pieces that are rooted musically in the Celtic tradition of Scotland but have Appalachian and pop/country melody and lyrics. Iona’s top-notch musicians share her pioneering spirit, fusing modern elements into the instrumentation and arrangements, in ways that strengthen the tradition itself.

Lyrically Iona’s songs are timeless, with traditional themes of love, loss, and the struggle for survival. Iona hails from Aberdeenshire, known to the locals as “the region o butteries [pastries], castles, an distilleries.“ She sings in the charming Aberdeenshire dialect. For a flavor of this way of speaking, the video below is a great introduction. English speakers can immediately get that there is a language barrier between themselves and those who use this dialect, and the Scots language in general, by the challenge in understanding the speech without looking at the subtitles.

This leads to Iona’s cause. Scots, long regarded by the mainstream English-speaking world as a backwater dialect, has recently been recognized by international authorities, as well as those in England, as a language in its own right. The cultural and commercial world outside Scotland has been slow to accept the Scots language however. Iona aims to change this world where her language is unwelcome. She was recently successful in convincing Spotify to add Scots to their list of languages. In choosing her native Scots for her literary voice, Iona joins Scotland’s beloved poet Robert Burns and other esteemed Scottish literary figures. 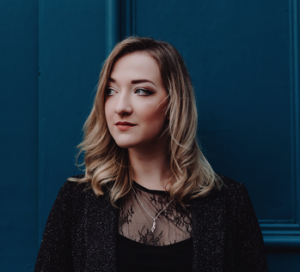 The Scots langugage, rooted in English, is distinct from Gaelic which was at one time the dominant language of Scotland. The tumultuous reformation in England under Henry VIII was paralleled in urban areas of the Scottish lowlands. The lowlands were allied with the English economically and the idea of a Great Britain encompassing all of England and Scotland found fervent support there.  Strategic intermarriage between the Tudor and Stewart (Stuart under King James I) houses also led to a Scottish ruling class firmly allied with England. By the time the Scottish King James became King James I of Scotland and England upon the death of Queen Elizabeth I, the policy of de-gaelicizing the highlands was established and soon put into play. The Statutes of Iona under James I outlawed bards, and established Protestant churches and schools in the highlands. In 1616, the abolition of the Gaelic language was made the law of the land.

Will the effort to assert Scots as a language weaken the ongoing struggle to revive Gaelic? Whatever the answer, and whatever the legacy, a culture such as the Scots’, that now enriches and offers so much, ought to have a rightful place in the world.

Though true to her roots, Iona has an effusive rapport that is full of warmth for her international audiences. She is as irrepressible a beauty as she is an implacable advocate for her people’s culture, and this passion has boosted her appeal and acclaim. Yet Iona easily speaks the English understandable to the English-speaking world (though inflected at times with Scots), and audiences will have no problem following her as she engages them between songs. 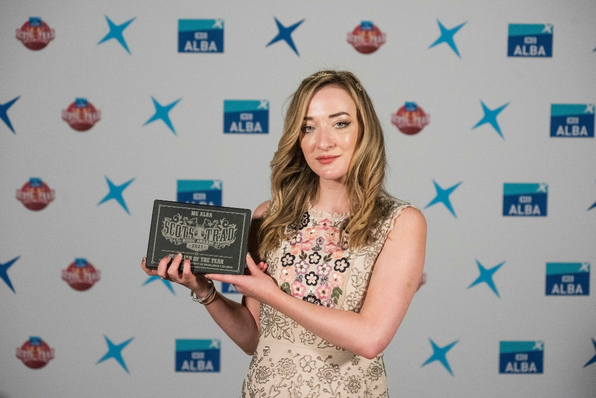 Larry Malley has written for the stage and screen and has a doctorate from the University of Massachusetts. He is currently Chairman of the Theater, Film, and Literature Committee of An Claidheamh Soluis/The Celtic Arts Center.