On Sunday, October 24th, 2021, the Festival will present its Irish Spotlight, an evening celebration of Irish cinema and culture. The event will feature the premiere of the three highly anticipated Irish films, Deadly Cuts, Redemption of a Rogue and Shelter (‘Foscadh’) followed by a festive post-screening reception.

3 IRISH FILMS THAT ARE A MUST-SEE! 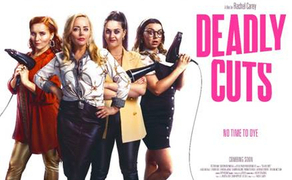 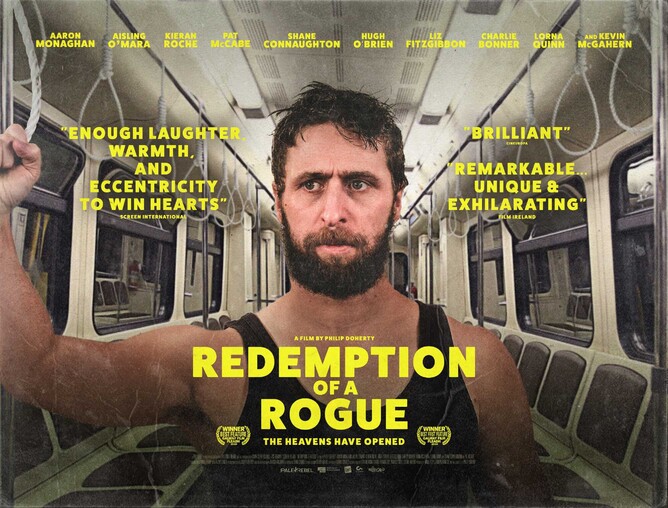 Directed by Philip Doherty, Redemption of a Rogue (US Premiere) (6:00pm) stars Aaron Monaghan, Ciaran Roche, Aisling O’Mara, Pat McCabe, Shane Connoughton and Liz Fitzgibbon.  Jimmy carries a black leather doctor’s bag around with him containing the rope he plans to hang himself with. He returns home to the fictional town of Ballylough in the cold austere beauty of West Cavan to seek salvation for his sins. 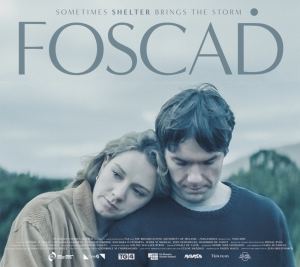 Written and directed by Seán Breathnach and produced by Paddy Hayes, Shelter (‘Foscadh’) (International Premiere) (6:15pm) stars Dónall Ó Héalai, Fionnuala Flaherty and Cillian O’Gairbhí. When his overprotective parents pass away, friendless and guileless recluse, John Cunliffe, discovers their land to be extremely valuable. He is soon forced to navigate the choppy waters of courtship, trust, and vengeance for the first time in his 28 years. Shelter (‘Foscadh’) is Ireland’s Oscar submission for Best International Film for the 2022 Academy Awards.

Other Feature Length Irish films screening at the Newport Beach Film Festival include:

Films in the program include:

Admission to the Irish Shorts Program is $15.00.

“Culture Ireland is delighted to support the presentation of Irish films at Newport Beach Film Festival. Again this year the Festival has selected some truly memorable recent films from a pool of fantastic filmmakers we are lucky to have in Ireland.“ – Christine Sisk, Director of Culture Ireland.

Louise Ryan, Marketing and Communications Manager at Screen Ireland, commented: “Screen Ireland is delighted to partner with the Newport Beach Film Festival to present this selection of highly-anticipated new Irish films. Representing a rich and diverse range of emerging and established Irish talent to discover, these films are sure to connect with festival audiences at Newport Beach and beyond.” – Louise Ryan, Marketing and Communications Manager, Screen Ireland

“Newport Beach Film Festival showcases the very best of classic and contemporary film making from around the world. I am thrilled that included in that showcase is the Irish Spotlight which underlines the depth of imagination, creativity and diversity in Irish film making today.” – Stated Marcella Smyth, Consul General of Ireland – South Western United States.

“The Festival is extremely proud to showcase outstanding Irish Cinema. We are honored to host the most comprehensive collection of Irish film in North America. This year’s program reflects the exceptionally strong creative talent in Ireland.” – Gregg Schwenk, CEO of the Newport Beach Film Festival.

The Irish Spotlight will be held Sunday, October 24th.

The film screening will take place at the Big Newport Theater with an evening Gala Event to follow at Muldoon’s Irish Pub across the way.

About the Newport Beach Film Festival