Mare of the White Goddess 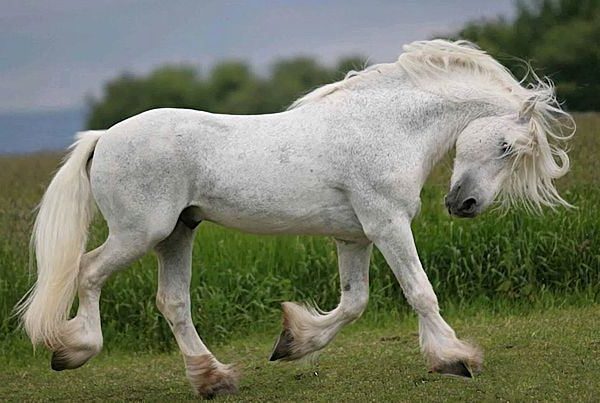 Celtic culture has several universal themes. It can be argued that these themes actually help define what’s Celtic across Europe as opposed to what’s Teutonic, Pictish, Saami, Romani, and more. Two of the most important Celtic themes are horses and Goddess worship, so much so that they are often closely linked. Many of the goddesses are specifically horse goddesses, like Rhiannon, and a white mare was (or even still is) believed to be a living symbol of one or more of these goddesses. In fact, our word “pony” is derived from the Celtic Goddess “Epona”.
This was so prevalent that several Celtic nations bred white horses unique to their areas. Even now, these horses are protected by their governments as national icons or treasures. It is illegal to harass the wild herds, and breeding these horses must be done in the manner traditional to that area. Luckily, plenty of them are domestically bred and used in many aspects of the equine industry and even exported internationally. Along with light saddle horses used for riding and horses shown in competition, some are heavy drafts pulling wagons, sledges, carts, and carriages in both competition in everyday work.
In any breed, Celtic or otherwise, white horses can be common, and in this list, all members of the breeds are white. They don’t come in other colors. This is a genetic marker that helps identify them as Celtic, specifically. Others of these breeds were traditionally white, and more recently have been infused with other breeds which has produce more colors. Additionally, in the horse world, a truly white horse is rare. 99% of them are actually light shades of grey and are simply referred to as grey, but this is a modern distinction. Our ancient Celtic ancestors surely would not find this significant.
Also, some Celtic regions even have more than one white breed. Here’s an overview of these stately, powerful beings. 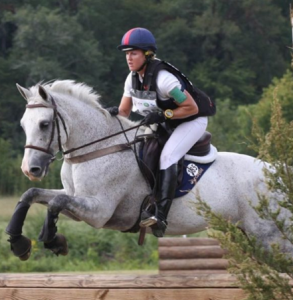 Connemara. These ponies are found in County Galway’s Connemara region of western Ireland. Standing only 12-14 hands (50 to 58 inches at the shoulder), they are hardy all-purpose animals that can pull a cart, jump fences, and more. According to the American Connemara Pony Association, “Along with great athleticism and versatility, …a gentle disposition is a Connemara pony’s most outstanding characteristic. Its adaptability allows it to excel in all equestrian sports.” Purebred Connemaras can sell for as little as $5000. 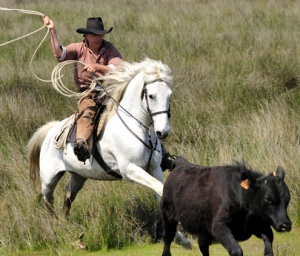 Camargue. These 13-15 hand French horses evolved in the marshes of the southern Rhône delta. Because of this, their feet are much tougher than those of other breeds. The climate the breed developed in is extreme, so they are hardy and strong. Foals are often born black, or brown and fade to grey as they age. According to the Fédération Equestre Internationale (FEI), “Wild herds still exist in the area, and many are protected in the Camargue National Park, which includes a UNESCO designated biosphere reserve.” 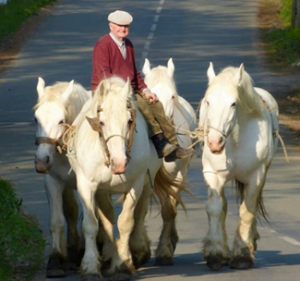 Boulonnais. The “white Marble Horse” is another French breed. There are three sub-types of the Boulonnais. The largest of these gentle giants, while averages only 15 hands, top out at 1,600 pounds- 700 pounds more than the Camargue! Sadly, the Boulonnais has become a rare breed. Prior to the World Wars, there were more than 600,000. Now, there are fewer than 1000. It would truly be a tragedy to lose these horses. According to Nativebreed.org, “One theory states that the origins of the Boulonnais breed emerged from the crossbreeding of native French mares and stallions brought by the Numidian army in 55–54 BC. However, many equine scholars are skeptical of this theory.” 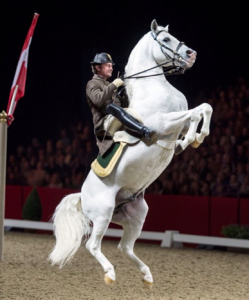 Andalusian. This Spanish horse, markedly fast and agile, was prized as a warhorse by the nobility. 15-16 hands, they are regal and carry themselves elegantly. The International Museum of the Horse states “the Iberian horse became the “royal horse of Europe” present at every royal court. Grand riding academies were formed in countries all across Europe including Austria, France, Italy, and Germany. It was in these academies where dressage and high school riding began and flourished.”

Not every white European breed is Celtic. Horse enthusiasts will note that Lipizzans are not on this list. While yes, they are all white, they are not Celtic. The breed was developed by the Hapsburg monarchy in the 16th century. On an interesting side note, though, one I can’t resist mentioning, Lipizzans are normally born black and fade to white by the time they are four or five years old. This suggests a Camargue influence. Another one not on this list is the Irish Draft; they come in other colors.
A love of horses is certainly not unique to Celts but intertwining goddesses and horses to produce a white horse is so definitively Celtic, it’s even carved into the hills of England. The White Horse of Uffington reminds us that this is a deep connection. While the nuances of this equine trinity have been lost due to Roman assimilation and staunch Christianization, this chalk carving makes it clear that it is not trivial. As such, we modern Celts can call upon the White Mare help us traverse the centuries in meditation and travel through our own personal mysteries. 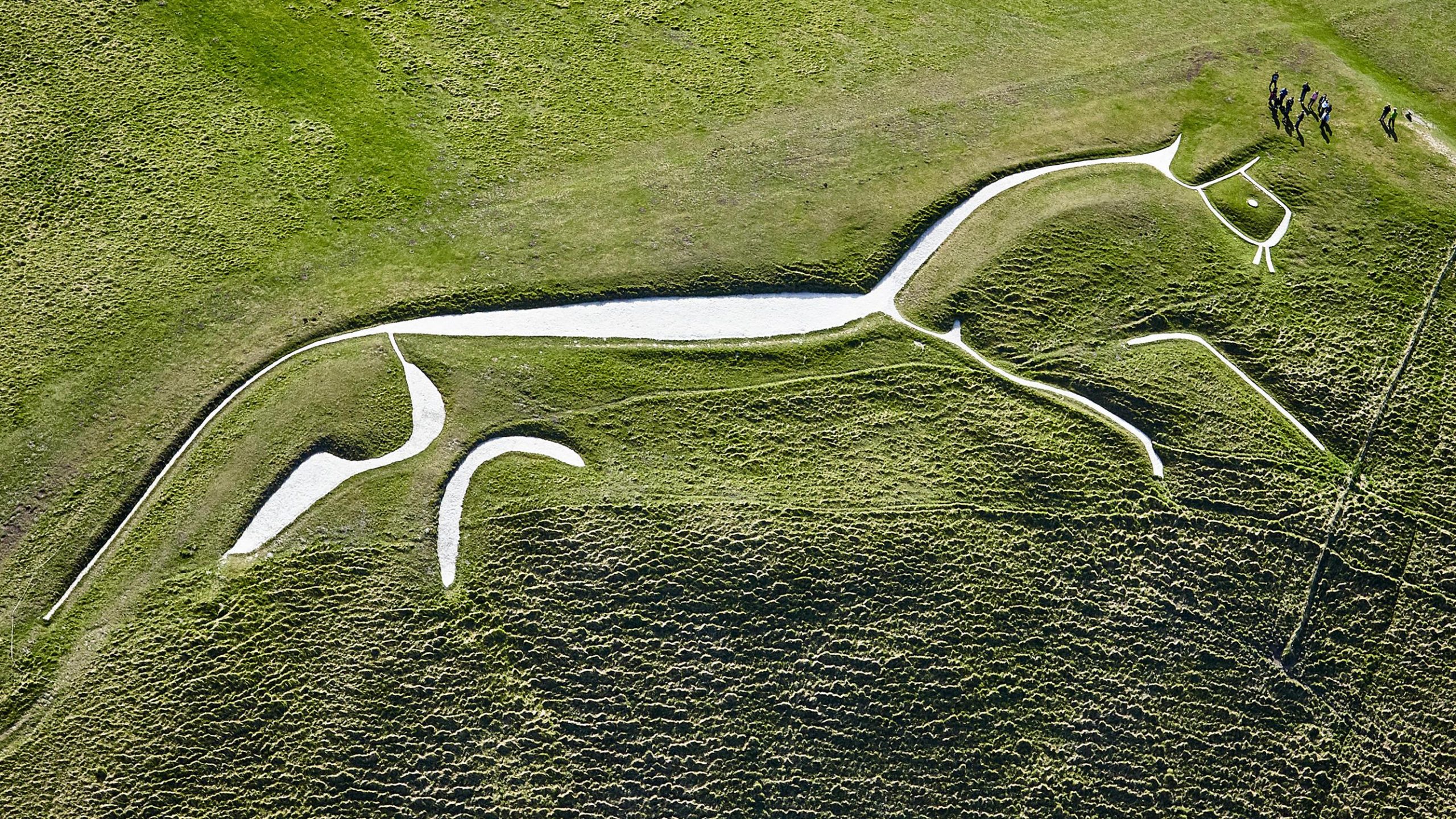 The Uffington White Horse is a prehistoric hill figure, 110 m (360 ft) long, formed from deep trenches filled with crushed white chalk. The figure is situated on the upper slopes of White Horse Hill in the English civil parish of Uffington. The hill forms a part of the scarp of the Berkshire Downs and overlooks the Vale of White Horse to the north.
The best views of the figure are obtained from the air, or from directly across the Vale, particularly around the villages of Great Coxwell, Longcot and Fernham. The Uffington Horse is by far the oldest of the white horse figures in Britain, and is of an entirely different design from the others inspired by it.
Based on the similarity of the horse’s design to comparable figures in Celtic art, the figure has long been presumed to date to the Iron Age (800 BC–AD 100) or the late Bronze Age (1000–700 BC). This theory was confirmed following a 1990 excavation led by Simon Palmer and David Miles of the Oxford Archaeological Unit. Deposits of fine silt removed from the horse’s ‘beak’ were scientifically dated to the late Bronze Age, some time between 1380 and 550 BC. They also discovered that the figure was cut into the hill up to a metre (3 ft) deep, not simply scratched into the chalk surface.
The medieval Welsh book Llyfr Coch Hergest (Red Book of Hergest, 1375–1425) states, “Gerllaw tref Abinton y mae mynydd ac eilun march arno a gwyn ydiw. Ni thyf dim arno.” This translates as “Near to the town of Abinton there is a mountain with a figure of a stallion upon it, and it is white. Nothing grows upon it.” Source: Wikipedia