If you’re looking for two folks who know how to have a ‘hot’ time, look no further that Mike Otis and his wife Ginger. Together they are Motley Mike’s Pyrography. 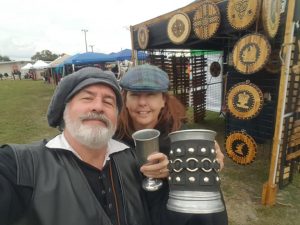 Mike and Ginger knew they needed something to occupy their retirement years, and so they turned to a unique form of crafting – wood burning. With a little practice and some self-taught patience, they began to create amazing designs burned into wood.

Why wood? A couple reasons. One, it’s less expensive that working in other mediums such as leather. Sure, hand-crafted leatherwork is beautiful, but Mike and Ginger create intricate Celtic designs for a fraction of the cost. They create targes (shields) of varying sizes, along with a lovely collection of Scottish and Irish signs. 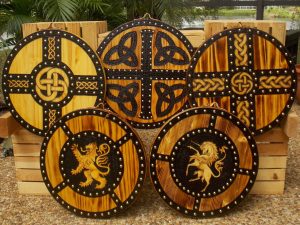 The targes are Motley Mike’s true show pieces. Mike and Ginger use wood rounds that range from 18” to 24” in diameter and measure 1” thick. Mike likes to work with pine because he can really make the grain stand out when he torches it. Yep, touching. Mike uses a plumber’s torch for the long grain work. He’ll constantly move around the wood as he applies the flame, carefully bringing out each grain-line. He’s got to watch what he’s doing, though, because if he stays too long in any one place he’ll burn the wood in a most unsightly way. Knots (wood ones not Celtic ones) too are a problem because they are more dense and they require a different application of heat. This is another reason Mike likes to work in pine. Hard woods such as oak don’t burn well and don’t give Mike the grain designs he’s after. 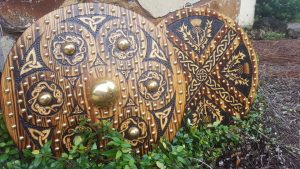 And how do Mike and Ginger create the two-toned look on their targes? Well, Mike applies wooden cutouts to the areas he will work over more finely, and then begins burning the long grains. After that step is finished, he and Ginger go back over the un-burnt areas with more precision wood burning tools to craft the Celtic Knots, Clan Symbols, and other images.

Then come the finishing touches. Mike uses a water-resistant urethane to protect the finished targe. Next comes the metal-work, where he and Ginger apply upholstery tacks, large round tacks, and sometimes steel center-hubs. It’s important to seal the hubs with lacquer or they will rust. 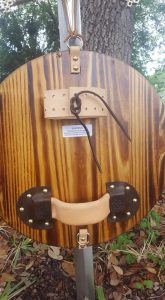 The very last touch are leather straps applied to the back of the targe for hefting and holding – and for mounting on the wall (which is why Mike also attaches hidden O-rings). Will these targes make a statement in your living room or encampment? You bet! Should you carry them into battle? Ummm… not so much. The targes are pine, after all, and why would anyone want to risk losing such an amazing piece of Celtic art to an enemy’s sword?

Mike and Ginger are based in Florida, and they sell primarily at Celtic Festivals and Renaissance Fairs in their home state. Their original goal was to make enough money to visit Scotland – Ginger is a proud Campbell – but they just kept going. Now, they work on making enough stock for the 2021 season (which we all hope will open), knowing that they’ll get to Scotland eventually. 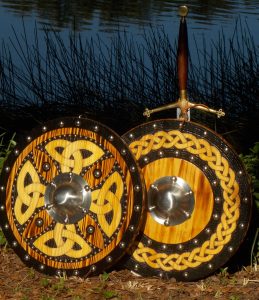 Motley Mike’s Scottish/Irish signs cost $20, and Mike makes enough different signs to suit just about anyone. The targes start at $60 for an 18” and go up to $300. And what’s that size? It’s approximately 24” diameter and heavy enough that it takes a strapping lad to lift it. That’s why Mike and Ginger nickname designs of this size “Big Bruces” (as in Robert the Bruce).

If you don’t plan to be in Florida, you can still reach out to Mike and Ginger through Facebook. They don’t sell online because they’re busy enough with their shows. But they are happy to talk about their work, and they can likely ship a targe to you if you would like to own one of these wonderful pieces.

Hey, sometimes it’s good to know folks to like to play with fire! 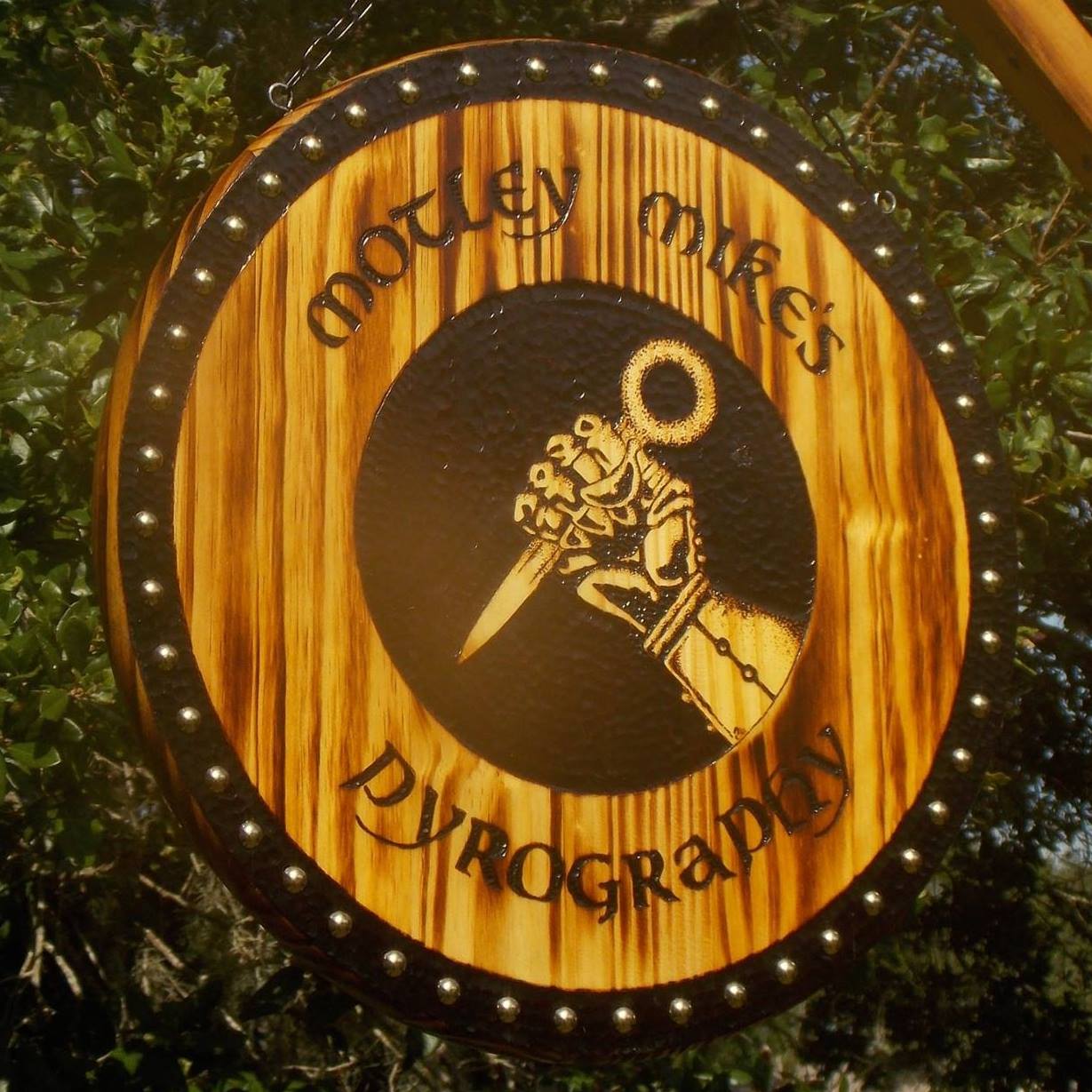 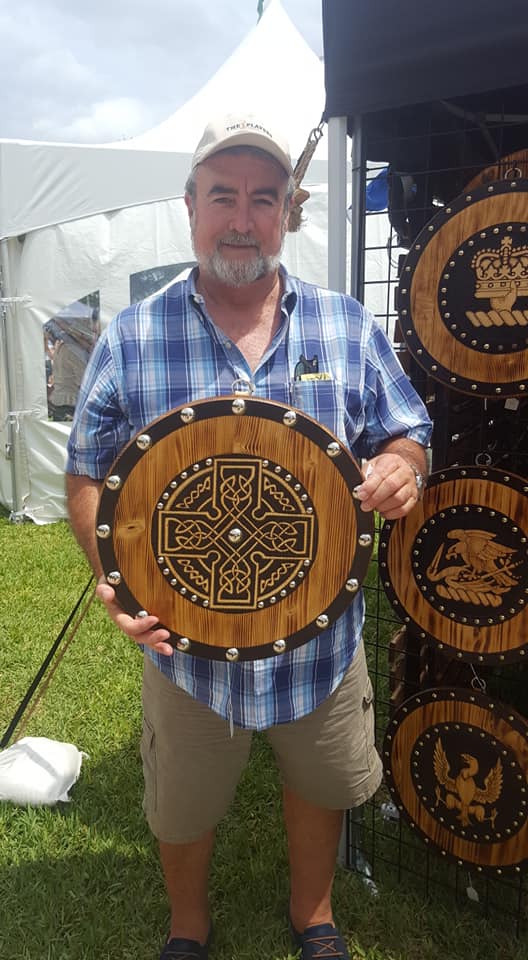 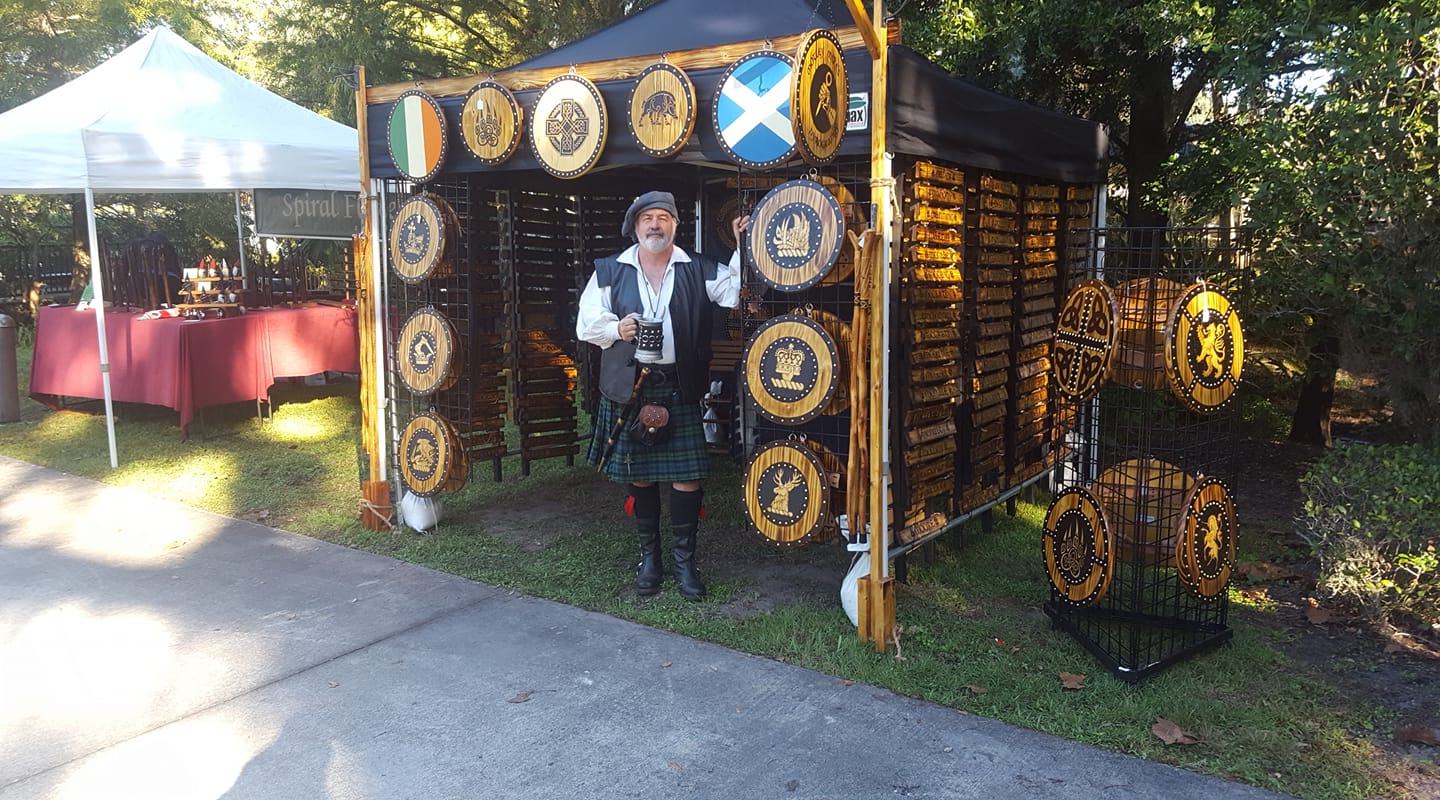 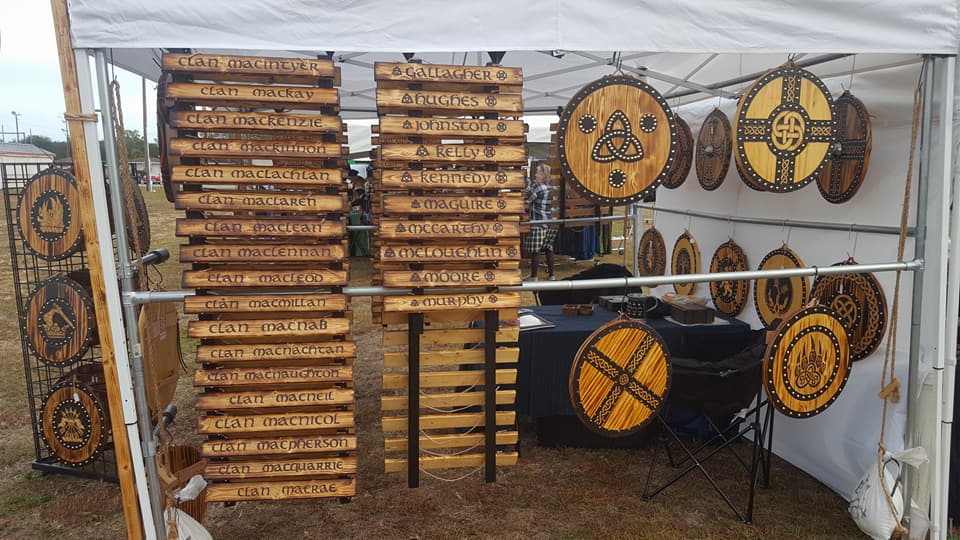 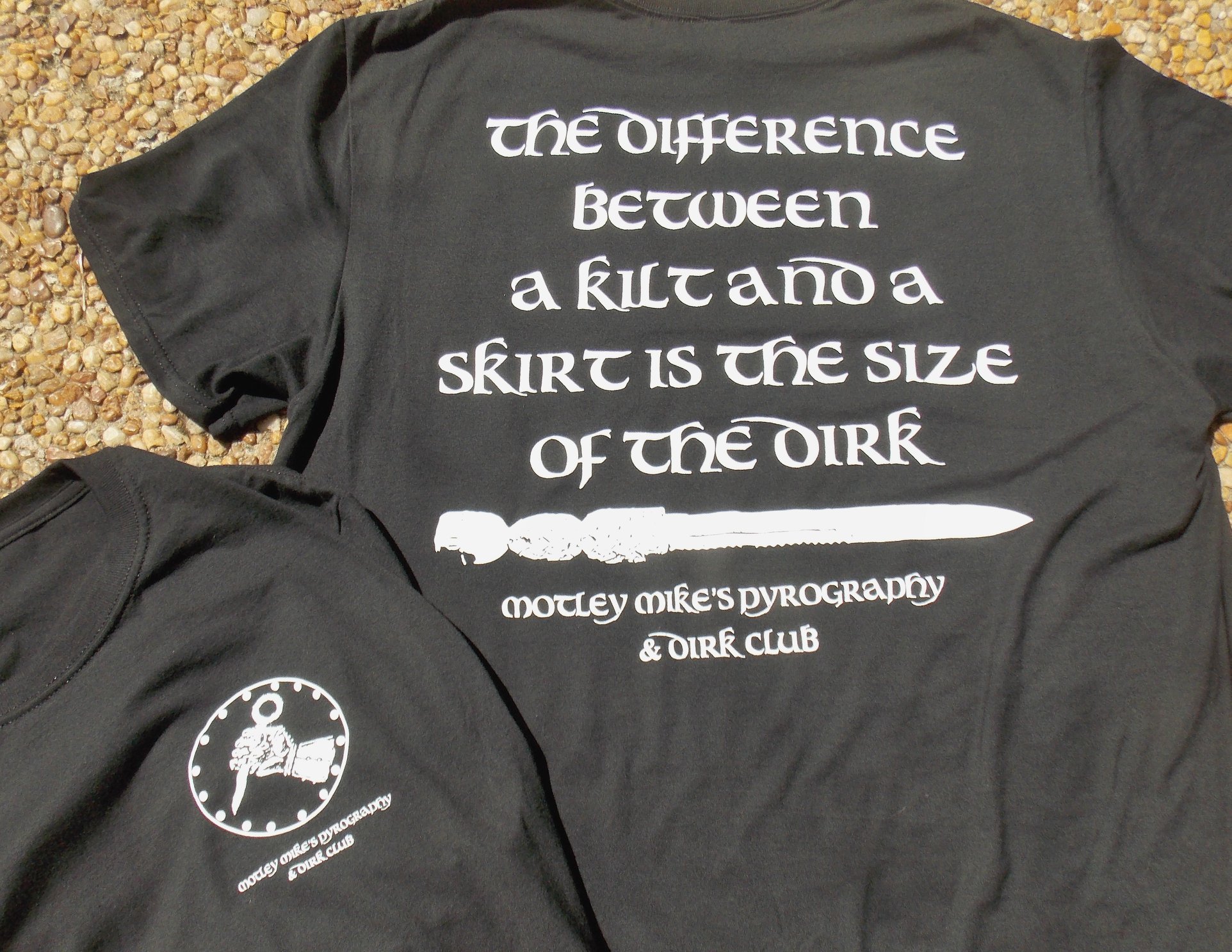 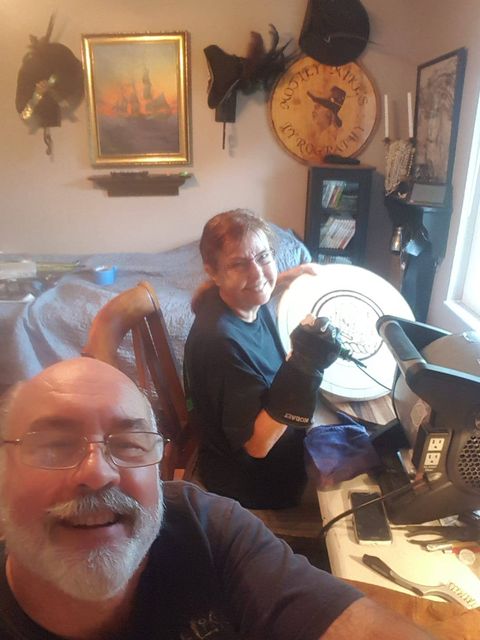