Over in Cornwall by Arian Niwl 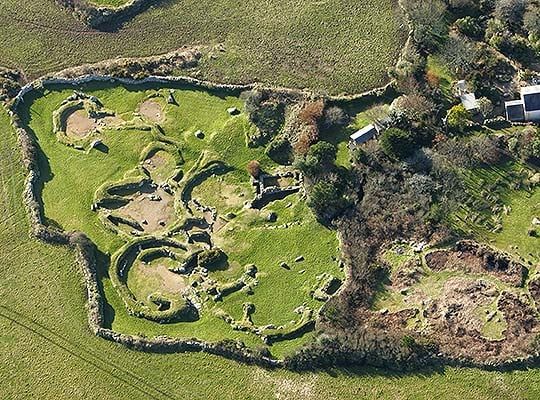 Over in Cornwall is one of the best-preserved ancient villages in SW England.

This is known as Carn Euny from the Cornish Karn Uni. It is located near the village of Sancreed. The earliest houses here appear to have been built around 500 to 400BCE as Iron Age round houses. These were then replaced with stone around 50BCE to 100CE. Later and most visible are remains of houses built around 2nd to 4th century. 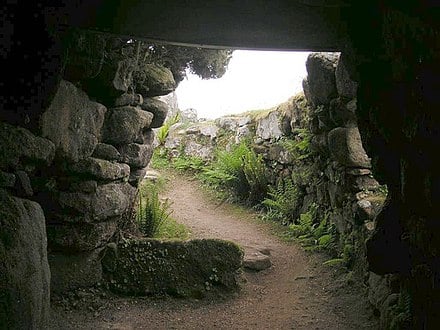 While ancient fields show farming activity matching the age of the village, it is thought that another trade was that of tin and going until the abandonment of the village around 400CE around the time of the Romans. In the mid 19th century prospectors looking for tin discovered an underground passage on the site referred to as a fogou. This was further excavated but nothing more of the village until the 1960s and the discovery of well-preserved remains of village in the area. 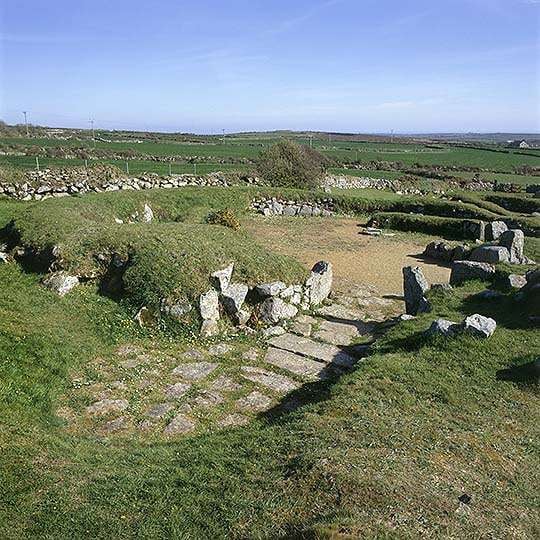 Now fogou is distinctly found only in the far western part of Cornwall. The term is thought to be derived from Cornish word ‘ogo’ which means caves and almost all were built around the late Iron Age. What the purpose was is not completely known at this point.

Another interesting bit is that just to the west are some ancient wells and at least one is mentioned in the ‘Legendary Lore of the Holy Wells of England’. Associated healing properties as with many wells but one is that children suffering from mesenteric disease which is tuberculosis of the lymph glands in the abdomen resulting from the drinking of milk from cows infected with tuberculosis bacteria. That the child should be dipped and swirled three times widderschynnes and then three times the well also in that direction. Now widdershines is anti or counter clockwise and what is most interesting about that is that in many folklore tales of dealings with fairy folk, widdershines invokes or opens the way to the fairy world.