Priestess of the Forest: A Druid Journey – Review by Nicholas E. Brink, PhD 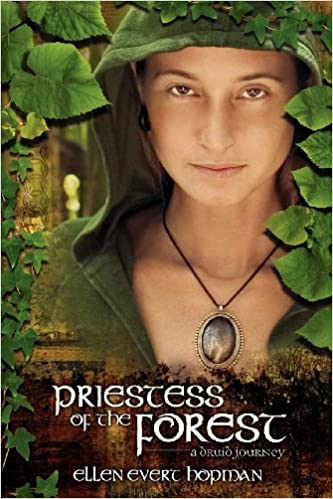 Priestess of the Forest: A Druid Journey by Ellen Evert Hopman, 2020

I was asked to review Priestess of the Forest by the author, Ellen Evert Hopman, after having reviewed several of her other books.  With my long term love for the time-free stories of the ancients, especially stories of the Celts, I appreciated the opportunity to review this beautiful, exciting, and highly relevant novel.  The book’s relevance for today is in our transition into the New Age, the Age that reconnects us to the ancients.  As we discover that we can leave behind the age of greed and its destruction of the Earth, we find that we are journeying into a new Earth Centered world, a world of restoration of the health of our planet for future generations.  The lives of our Celtic ancestors were time-free in that their experiences of the lives of their ancestors, their deities, and the spirits of the Earth were very much part of their lives.  As we go into the New Age we’re again learning this ability to communicate with these spirits.  Though this ability was much a part of the lives of the Celts, we need to open ourselves to it with practice, using the altered-states of consciousness of dreaming, hypnosis and ecstatic trance.

This transition will bring us back to the way the ancient Celts lived before their suppression due to the invaders of Roman Christianity, thus this return brings us full circle in the cycle of life.  The controlling nature of the Roman Church as seen in the story of the Priestess of the Forest was an early force of greed that has led to the destruction of the Earth.  This religious institution is now beginning to be held accountable as seen in the revelations of its controlling nature in the stories of child sex-abuse as described in the news as the clergy are being prosecuted in the courts for this abuse.

In this story the Druid Priestess, Ethne, with her great love for the Land and all that is of the Land, finds herself placed in a position of having to confront this invading and demanding Roman Clergy.  Changes in her life take her away from her loved home deep in the forest where she has lived for a number of years.  After her Druid training she was sent to this forest home where she becomes a loved Druid healer to those who come to her in need.  After leaving her forest home her new life broadens in the Celtic community of Druids, placing her in the middle of this struggle to protect the people from the church’s demanding suppression of the Druid beliefs, a struggle that becomes a losing battle with the clergy’s success in their conversion of the Celts to Roman Christianity.

Ethne eventually comes to realize that the hopelessness of this struggle has wasted her creative energy, and she searches for a new resolution beyond this confrontation with the Roman Church.  This painful but beautiful theme is a turning point for Ethne who seeks hope for finding ways to protect and save the Druid beliefs with the realization that in the cyclic nature of life there will be a time when the people will again rediscover the importance of living lives that protect and value the Earth.  This hope was brought to her in a vision of Brighid that she saw in the burning embers of the sacred fire.

The Roman belief that women are subservient to men and that men have the right to control women even to the point of beating them is another important theme in the story of this Druid Priestess.  From the Celtic and Druid perspective Celtic women are highly respected by the men in their sexual relationships and otherwise.  This respect is seen in a woman’s ability to become a queen, even a queen who is given the role of leading the country.  This fact horrifies the Roman clergy who seek all ways they can to destroy this tradition of sexual equality.

To preserve the excitement of this story for future readers I will limit my description of the story, but one character is an Egyptian Coptic missionary whose philosophy is to not demand the end of the pagan beliefs of the people as demanded by the Roman clergy.  By being a good listener to their stories of life he can tell the stories of Jesus that they enjoy when given the opportunity.  This contrast between the Roman Clergy and this Coptic priest makes clear the evil controlling nature of the Roman Church.

Change in the lives of those who are converted to Christianity is seen by some as marginal, depressed and angry, lives that lack enjoyment.  This change though is ignored by many because of the stories of riches and gold that came from Rome as told by the Roman clergy, riches that promoted the greed that we experience today that is destroying the Earth.  This change is seen in our current situation of the hate filled supporters of Trump, of those who are hanging on to the greed of the old ways in fear as we transition into a hopeful New World of love, peace and mutual support in the diversity of the New Age. This transition is the reverse of what was experienced in the time of the Druid Priestess Ethne when the transition was into the world of suppression and violence.  This is now not a time for despair, but a time for civilization to begin to heal.

Much of the beauty of this book is Hopman’s description of the Druid rituals and liturgies as the wheel of light turns from Samhain, through Brighid’s day of Imbolc, to Bealtaine and then to Lughnasadh before again celebrating the return of Samhain.  Also the frequented Celtic sacred sites such as the hill of stone and the places of the sacred fires bring alive the ways of the Celts and their Druids of the time.  Her use of the ancient Irish words and their correct pronunciation added to the life of the book, pronunciation that I practiced while reading them.  Such description and the personal life and practices of Ellen Evert Hopman show that the Druid ways can survive after about 1700 years, the hope and prediction of the priestess Ethne.  This rekindling of the ways of the ancient people of the Earth provides us with continued and deep hope for the future.

The transition into this new age is seen in many other ancient cultures who lived lives of love, peace and creativity, living in oneness with the Earth and the Cosmos, books that are showing our rekindling of the ancient ways.  My own love and involvement in the ways of the ancient Nordic peoples that I write about in my books is also slowly transitioning away from a love of strength and violence as seen in the stories of Thor and the other gods of the Aesir to the earlier world of the magical and Earth loving goddesses and gods of the Vanir.

In my love for the ancient stories and as a psychologist I see many of the stories as healing stories, e.g. the Nordic stories of Baldr, Loki and his children, and Beowulf of which I have written books.  The Celtic story of the Death of Fergus Mac Leide is also a story of healing.  Hopman brings alive the healing stories of a number of the ancient Celtic deities, especially Brighid who becomes her savior in the trying times of when the ancient ways were being destroyed by the Roman Church.  While reading these ancient stories in the altered states of consciousness of dreams, hypnosis and ecstatic trance, trance that I write about, practice, and teach, the stories take us to a much deeper level of meaning and become our salvation in showing us the way as we move into the New Age.

The hope of rekindling the ways of the ancient Celts, ways that were hidden for their salvation and have survived are also seen in other cultures such as the Native Americans who are currently turned to by many with the recognition that they can show us the ways to survive.  Though the pain caused by in invasion of the Roman Church that was effective in suppressing the world of the Celts is deeply felt in Hopman’s beautiful writing, the hope for the future is also there and is part of Hopman’s personal life in her teaching of the use of medicinal herbs, in her writing, and her teaching of her Pagan beliefs as a born-again Pagan.  Priestess of the Forest is a story of excitement, intrigue, and beauty, along with its profound meaning in our present lives of turmoil as the world changes.

BUY Priestess of the Forest: A Druid Journey by Ellen Evert Hopman on Amazon.