St. Brigid’s Day is On The Way 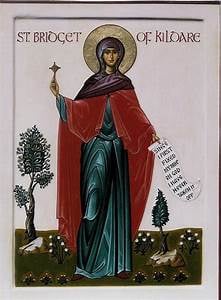 Imbloc is coming up and is known also as Brigid’s day and has become conflated with the old goddess with a later person that has become known as St. Brigid’s Day. Now most know St. Brigid as being primarily associated with Ireland. However, she is also found in Wales. There known as Sant Ffraid, Ffraed or Ffred. The name seems to be most often showing as Sant Ffraid Leian or St Ffraid, the Nun. The only known source of her legend in Wales comes from a poem by Iorweth Fynglwyd where he refers to her as mowyn ddedwydd, blessed maiden.
Brigid was a beautiful Irish nun, the daughter of Dipdacws (Dubtach) of ducal lineage.
She procured honey from a stone for the poor.
She gave a distaff to a ploughman to do duty for his broken mould-board.
She converted butter that had been turned to ashes to butter again.
She gave a certain cantref all the cheese in the steward’s store, but not so much as was ever missed by him.
She knew the Fifteen prayers.
Whenever it rained heavily she would throw her white winnowing sheet on the sunbeams
When her father desired her to marry some one she did not like, one of her eyes fell out of its socket which she afterwards put back and it was well after.
She sailed on a piece of turf from Ireland and landed in the Dovey.
She made out of rushes in Gwynedd, the beautiful fish – without a single bone – called brwyniaid (smelts) which she threw out of her hand among the water-cress. 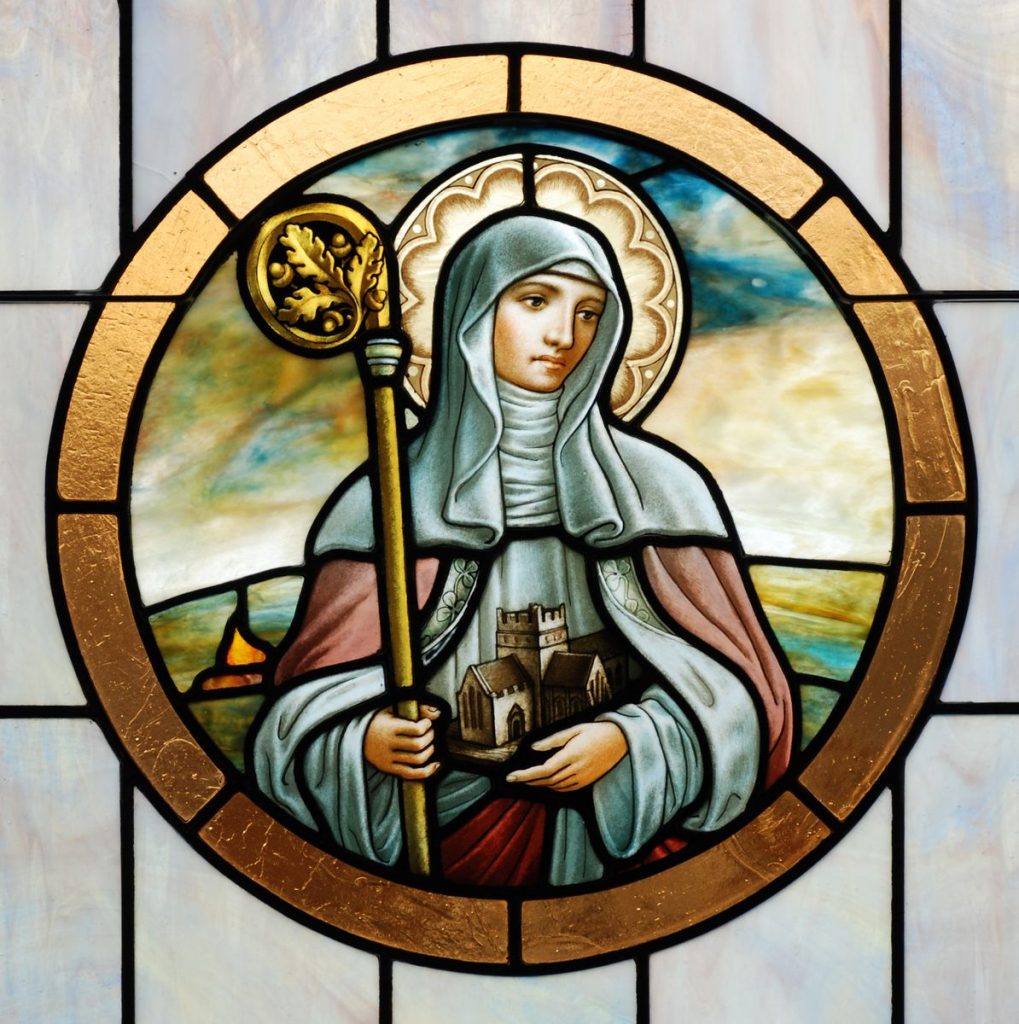 Interestingly smelts until the late 19th or early 20th century where called pysgod Sant Ffraid or the fish of Sant Brigid.
Another interest bit is the Chapel of St. Bride (corruption of Brigid) and the fishermen would go to pray for a good catch. The chapel went into disuse and ruin and the finally was used as a salt house. There is a bit of recorded from folklore that goes like this:
“When Saint Bride’s chapel a salt house was made; St Bride’s lost the herring trade.” It indicates that went the chapel finally was not used as a chapel the fishing in the area failed.
Over in Anglesey, the river Braint is named from Brigid. In one Welsh poem, the river overflows as the result it is said on the death of the king. It indicates that ancient concept of the marriage of the goddess to the sovereign of the land. Some have indicated the word king (Brenin) meant him who is the consort of Brigiant.
There is a lot more but one thing handed down is her connection to drink both in Ireland and in Wales.
So…
Cwrw Sant Ffraid
Digwyl San Ffraid ydoedd fenaid
I bydd parod pawb ai wyrod
St. Brigids’s Beer
St. Brigid’s day it was my soul
Everyone be ready with their drink. 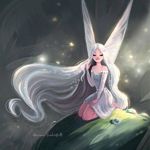