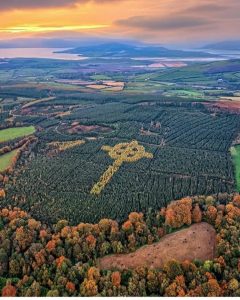 Travelers flying into the City of Derry airport have been able to view a breathtaking sight, a giant Celtic Cross growing in the forested countryside. Crafted from roughly 3,000 Japanese Larch, deciduous conifers that bear yellowish needles in the Autumn, this masterpiece of horticultural art was planted by forester Liam Emmery.

The Cross was not intended to be part of the area. Rather, Mr. Emmery planted it as part of a new wood project for the Irish Forestry Board.

The Cross required expert planning and unique vision to create. It measures approximately 125 meters long and 70 meters wide. It spans two forested sections of the Bogay Hill area outside of Newtown Cunningham at the northern end of the Lagan Valley in County Donegal, and it draws the eyes of airline travelers to the Inishowen Peninsula just beyond. One can only appreciate it from the air, much like crop circles or the Nazca Lines.

The Emmery Celtic Cross is not the sort of art a person can admire once the project is finished. Trees take time to grow, and while Mr. Emmery had a grand vision for his work, he sadly did not live long enough to see it come to full fruition. Though he planted his Celtic Cross in the mid-2000’s, Mr. Emmery died in 2010 after suffering brain damage in an accident, and it was only in the fall of 2016 that his amazing Celtic Cross became visible.

All who knew Liam are certain he would have been so proud of his work. Perhaps his beloved spirit has taken root in the Celtic Cross he planted. Perhaps he flies over it as do the passengers winging their way into Derry City.

The Emmery Celtic Cross is destined to thrive for 60-70 years, so make certain you find time to travel to Derry by air in hopes of catching a glimpse of this man-made, natural wonder. 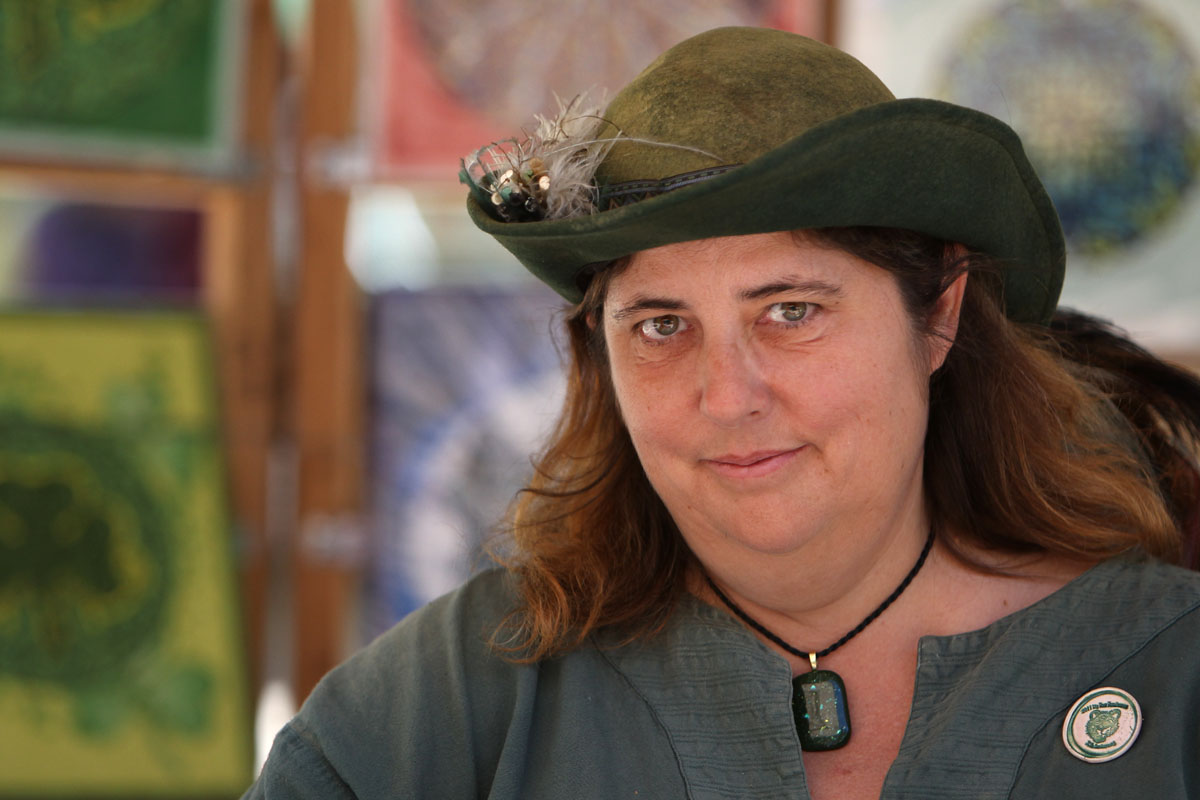