The mouse who has a University Degree 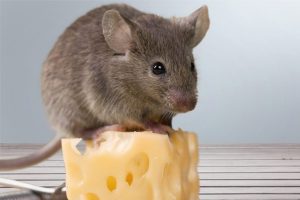 When I heard the news that my husband’s brother and wife were coming for a visit I was very happy. It meant that I had to get busy and get the house prepared as they had got a real deal on flights and would be arriving next week.As I began cleaning I could not understand why so many candy wrappers were lying around the rooms. What was all that about? Dennis always threw his wrappers in the garbage, not on the floor.  When I confronted Dennis about this he looked surprised and said, “no I have not been throwing the candy wrappers on the floor. I have no idea how they would have gotten there.”As I marched up the stairs, zoom! A quick blur of brown raced by me. I stopped it stopped, I stepped slowly, it stepped slowly. Frantically I ran down the stairs again shouting at Dennis. He was surprised at the way I was yelling, I said I just saw something brown flashing by me. After a moments thought he calmly said “sounds like a mouse”. A mouse I said what is a mouse doing upstairs aren’t they usually found in a basement, He just laughed and said they can be anyplace. I shuddered as a chill went through me, then sent Dennis to the store to get mouse catchers as I cautiously continued on with the cleaning. That night the traps were set. Suddenly, in the middle of the night we heard a snap. Ahh. the trap has worked I thought, we turned on the light, the food was gone and the trap was empty. Smart little mouse we thought. In the morning I sent Dennis off to buy a better trap. The traps were set over the house and time was approaching for the in-laws to arrive. Things had not been going as well as we had hoped. The traps were always stocked with food and in the morning the food was always gone and the traps were empty. I decided there had to be a University for mice and this mouse had been top of the class  The in-laws arrived and the mouse was still on the loose. So I figured it was better to come clean and let them know about the mouse.The in-laws were now leaving to go back to their home and we never did get the mouse, it seemed to have left the house voluntarily, maybe it felt crowded and after all, it was summertime, wanted back to the fresh air.  They informed us they would be back next year, but decided that they would like to rent a place and not cramp our style. Oh dear, Dennis and I wondered, was it the university mouse that helped them with their decision? We never asked.