The Queen Who Would Not Be Conquered 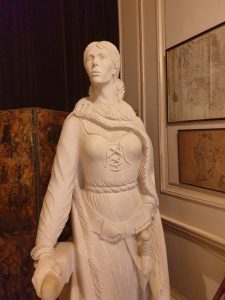 Irish history is full of heroines, but few are as fierce and courageous as Grace O’Malley. Known as Ireland’s “Pirate Queen”, Grace ruled over the O’Malley Clan and their lucrative way of life on the waters of Clew Bay in a time where money was tied to land instead of the sea. Despite watching the world she knew disappear around her, Grace lived and died free, unconquered – and Irish.
Much of the life of Grace O’Malley is steeped in mystery and myth. Born around 1530 in Ireland to Eoghan Dubhdara Ó Máille (Owen O’Malley) and his wife Margaret, Grace, or Gráinne, would go on to become a fiercely independent and ambitious leader. The O’Malley’s were a seafaring clan, making a living by fishing, trading, and taxing others who fished their waters in and around Clew Bay in County Mayo on the west coast of Ireland.
Growing up on Clare Island at the entrance of Clew Bay, Grace was well educated for a woman of her era. From an early age, she insisted on taking part in the family business. It is alleged that as a girl, when her father refused to take her on a trading expedition to Spain because her long hair would catch in the ship’s ropes, Grace cut off most of her hair, earning her the nickname “Gráinne Mhaol” or “Bald Grace”.
In 1546, at the age of 16, Grace married Donal O’Flaherty. The O’Flaherty were a powerful ally of the O’Malley’s. The couple had three children, Owen, Maeve, and Murrough before Donal was killed in an ambush by Clan Joyce. Following her husband’s death, Clan Joyce attempted to take Donal’s, castle but they were driven away by Grace. After this she returned to her father’s lands, making her home on Clare Island with her children and many of Donal’s men, who swore their allegiance to her. Despite having a paternal half-brother, Grace was considered the legal heir and most supported her choice to take over leadership of the clan and family business upon her father’s death. 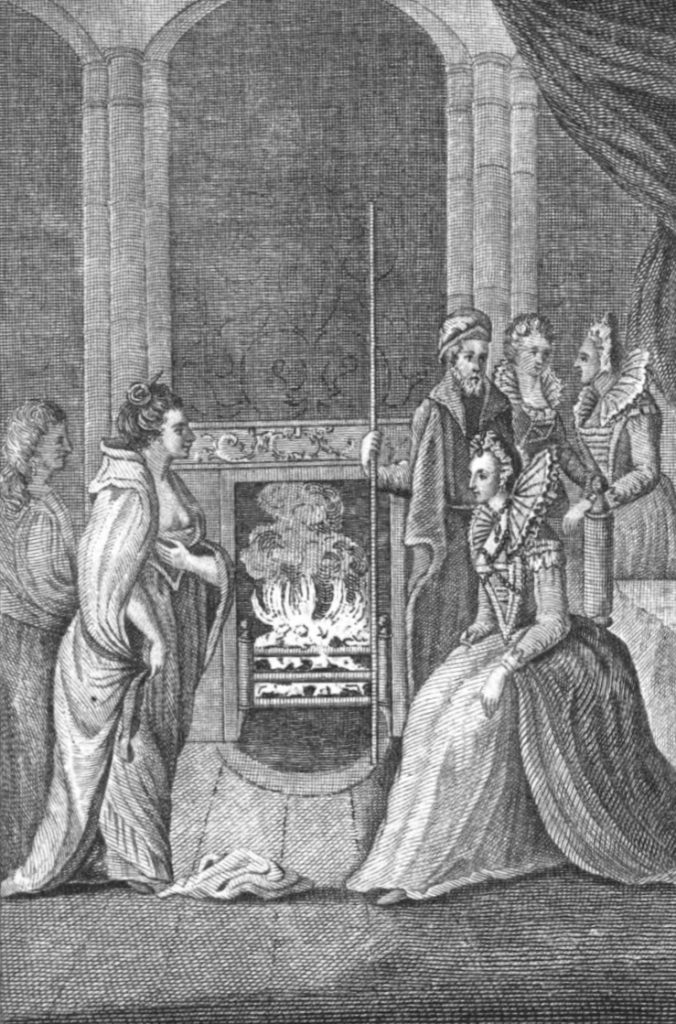 In the late 1560s, Grace married again, this time to Richard “Iron” Burke, the heir to the lands of Clan MacWilliam. Despite a rocky start where, according to legend, at the end of their “trail marriage” year Grace locked him out of his castle and dismissed him, the two would share almost 20 years together. Their marriage was prosperous on land and sea, and would provide Grace with her fourth child, a son named Tiobóid (Theobald).
Throughout Grace’s life, the English invaders were slowly increasing their control over Ireland. They often did so by turning the clans against each other, rewarding one for assisting in the destruction of another. The destruction of these clans helped to undermine the traditional Gaelic system of clans and independent chieftains. This strategy was particularly successful under Sir Richard Bingham of England, who, in 1584, became Lord President of Connacht, Ireland’s western province. In retaliation for her continued rebellion, Bingham killed Grace’s son Owen and imprisoned her other two sons and her half-brother. Grace was also arrested but eventually released with the help of her son-in-law. To free her family, Grace decided to go to the head of the British aristocracy and formally present herself to Queen Elizabeth I of England. Legend says that Grace refused to bow to Elizabeth I because in her eyes the two women were equals. There also seemed to be a level of respect from Elizabeth I, as she allowed for Grace to keep a dagger that she was found to be carrying. The meeting was carried out in Latin as Grace could not or would not speak English and Elizabeth I spoke no Irish. At the end of the meeting, the English Queen agreed to have Grace’s family released and her lands left in peace in return for the promise of 200 fighting men and Grace’s fleet to aid in keeping the peace in Ireland. 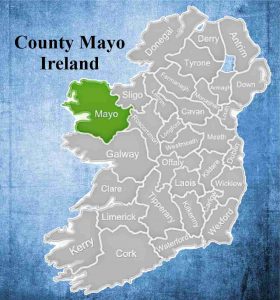 In 1593, at the outbreak of the Nine Years War, Grace went back on her side of the agreement and lent ships to Hugh O’Neill and the Irish rebels. There is, however, no evidence that she herself or any of her immediately family fought on either side of the conflict. Her motivations appeared to be driven more by family, clan loyalty, and business rather than loyalty to country.
Little is known of the last decade of Grace’s life following her meeting with Elizabeth I. It is believed that she died in 1603 at Rockfleet Castle in County Mayo. She would have been about 72 or 73 at the time. Shortly after her death, she was taken back to Clare Island and buried at the Cistercian Abbey.
Today, Grace O’Malley is most often known by the title of “Pirate Queen” but in reality, she was neither a pirate nor a queen, but was instead a woman who broke with the conventions of her time to live her life as she saw fit. She was a survivor and a leader, in a time when her people’s way of life was eroding day by day. She remains one of Ireland’s great heroines, still honored by her descendants and the Irish people alike.